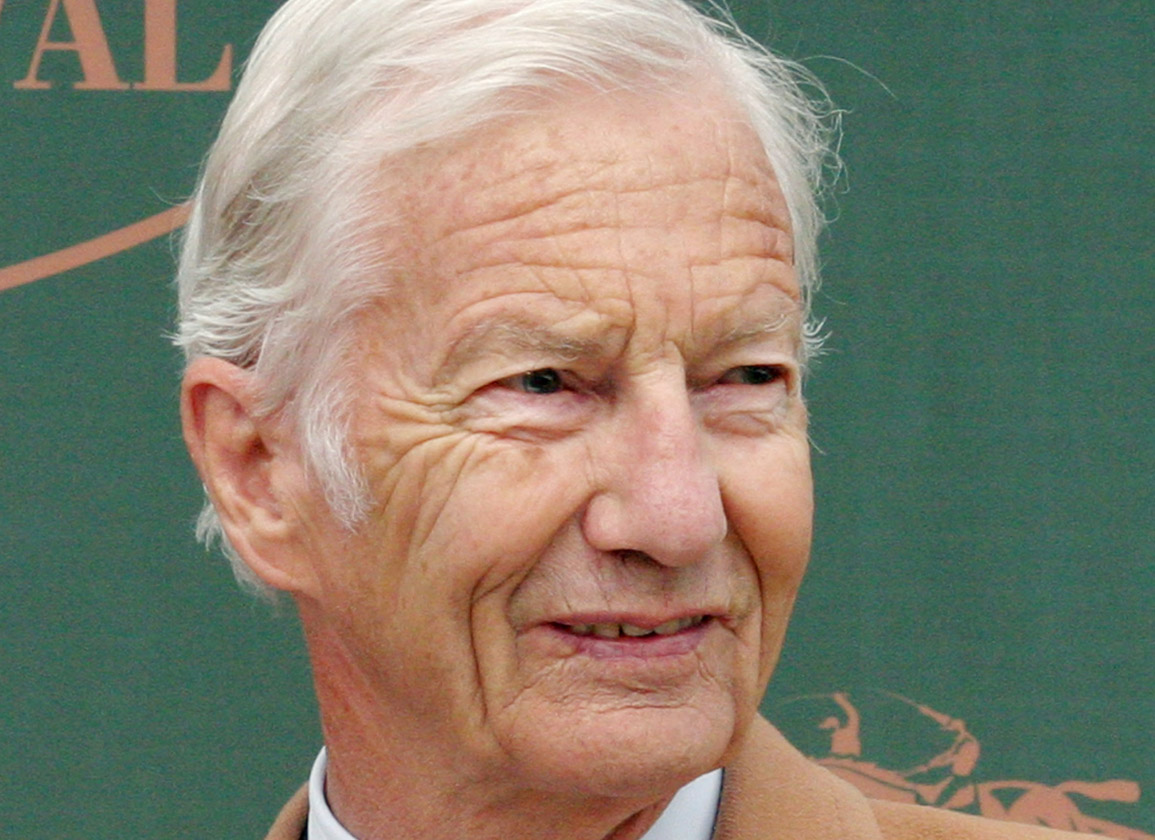 Coolmore boss John Magnier has led the tributes to one of the sport's biggest icons, the legendary nine-time Derby-winning jockey Lester Piggott, who he labelled as “the greatest” following his death at the age of 86.

They combined to win the race four times together, including with Nijinsky (Can) in 1970, Roberto in 1972 and The Minstrel (Can), for whom the colt's owner Robert Sangster, Piggott was then contracted to ride for, in 1972.

“He really was the greatest. His family are in our thoughts today,” John Magnier.

The Minstrel went on to win the Irish Derby and King George VI and Queen Elizabeth Diamond S. in that same season.
Recalling Piggott's rare gift, Magnier told TDN Europe, “Obviously, a sad day and so many stories and great memories for Sue and I.

“I remember meeting Lester in the parade ring before the 1971 Haydock Sprint Cup. A group of us had bought into Green God (GB) a couple of days before and Lester was up for what was to be the horse's final race. 'Don't be looking for me at the furlong pole, I won't be there until the line,' he told me, and sure enough he produced him with his trademark impeccable timing.”

Magnier added, “At this time of year MV was regularly frustrated by Lester playing musical chairs of what he would be riding in the Derby. But he said, 'you have to put up with him, otherwise you give the opposition a 7lbs advantage!' He really was the greatest. His family are in our thoughts today.”

Willie Carson and Piggott held sway on the track in the 1970s and 80s when both jockeys were in their pomp and five-times champion Carson said he felt like a part of him had died with the most iconic racing figure of the 20th century.

Carson, along with Frankie Dettori, who described Piggott as his “hero”, paid heartfelt tributes to the legendary rider on Sunday morning.

“I came to his in-laws as an apprentice and he was part of my life right from the word go, until the end. He was an iconic figure in the horse racing world. He is a legend.

“We had the luck of some ding-dongs on the track and he was a person who made us all better-because we had to be better to beat him. We had to up our game to compete with him, because he was so magical on top of a horse. It is so sad. Part of my life has gone – that is how I feel.”

Dual Derby-winning jockey Frankie Dettori, who will be aboard Donnacha O'Brien's Piz Badile (Ire) (Ulysses {Ire}) at Epsom on Saturday, echoed Carson's thoughts on Piggott.
Dettori said, “Lester was a hero of mine and a good friend. The impact he has made in racing, on all of us, is second to none.”

He added, “I will always try to remember him for the good things and I offer my sincere condolences to his family and his many friends. He was a legend. We always tried to aspire to be like him and none of us can do it.”

Sir Michael Stoute was also among the leading industry figures to pay tribute to Piggott. Stoute shared how he felt Piggott was instrumental in getting his training career off the ground.
Piggott rode an English and Irish Classic winner for the Newmarket trainer, who will be represented the likely favourite Desert Crown (GB) (Nathaniel {Ire}) in Saturday's Cazoo Derby at Epsom.
“It is sad news,” said Stoute. “He rode my first winner on the Rowley Mile on a horse called Sandal, who was owned by my father, in 1972.

“He won the Irish Derby on Shergar (GB) (1981) and he won the 2000 Guineas on Shadeed (1985), as Walter (Swinburn) was suspended for both of those. He was super-sub and he was not a bad sub! Lester was a genius on a racehorse. I don't think there has been anyone better.”

Piggott's 4,493 winners-over 5,000 worldwide-is the third-highest tally in British racing history behind only Sir Gordon Richards and Pat Eddery.
Stoute added, “Lester could be very entertaining when he was in the mood – he had a great sense of humour. But he was tough to talk to at times.

“In 1980, actually, he had the pick of plenty of mine, with the hope of carrying that on, but he had fallen out with a few people by that stage.
“He is an icon, a brilliant jockey. Many have tried to be like him and no one has come close.”