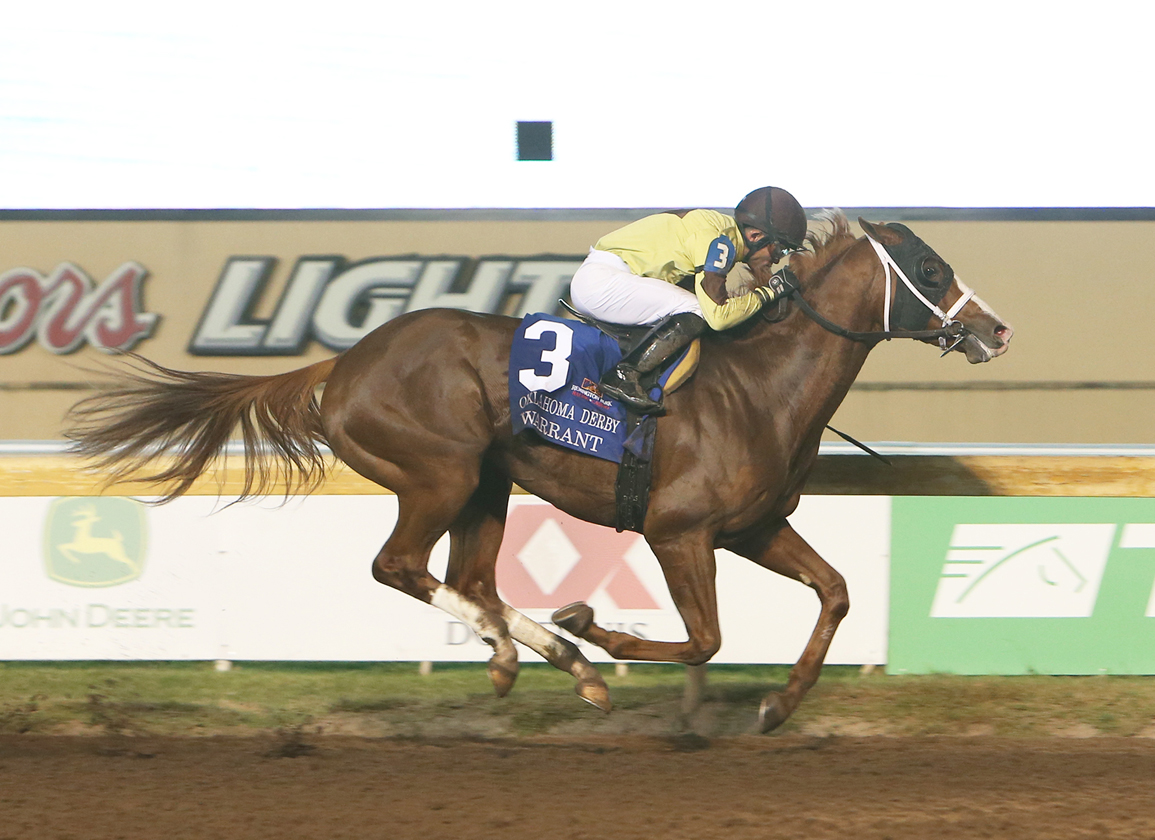 Warrant earned the first graded victory of his career with a gritty performance in the GIII Oklahoma Derby Sunday night at Remington Park. Settling in fifth behind a contested :23.68 quarter, the chestnut crept closer down the backstretch and Joel Rosario decided to step on the gas as frontrunner Flash of Mischief drifted off the rail nearing the far turn. Taking over from that rival into the lane, Warrant faced a resurgent foe before asserting himself once and for all outside the sixteenth pole and edging clear.

“It was a perfect trip,” said Rosario. “The more I rode him, the more he gave me.”

A second-out graduate going six furlongs Feb. 16 at Fair Grounds, he came up a nose short when second in a Keeneland allowance/optional claimer Apr. 3 and filled the same slot in the Oaklawn S. May 1. Overcoming a wide trip to annex the Texas Derby May 31 at Lone Star, he was runner-up in the GIII West Virginia Derby last out Aug. 7 at Mountaineer.

“We were a little worried he might be a distracted with this being his first time running under the lights, but I think being on the inside kind of helped him,” said winning owner/breeder Steve Davison. “We had a great jockey and a great experience.”

Warrant, the 15th graded winner for his sire Constitution, is the second graded winner out of Whisper Number, who is also the dam of GII Barbara Fritchie S. winner Ms Locust Point (Dialed In). The 13-year-old mare is a half-sister to graded placed Speightful Affair (Speightstown), who is the dam of multiple stakes winner Mr. Buff (Friend or Foe).

Trainer Brad Cox will have a half-brother to Warrant in the barn next year after the BSW/Crow Colts Group purchased a Good Magic yearling out of Whisper Number for $325,000 at last week's Keeneland September sale.