Confidence Game: A 'Coincidental' Colt with Good Karma in His Corner 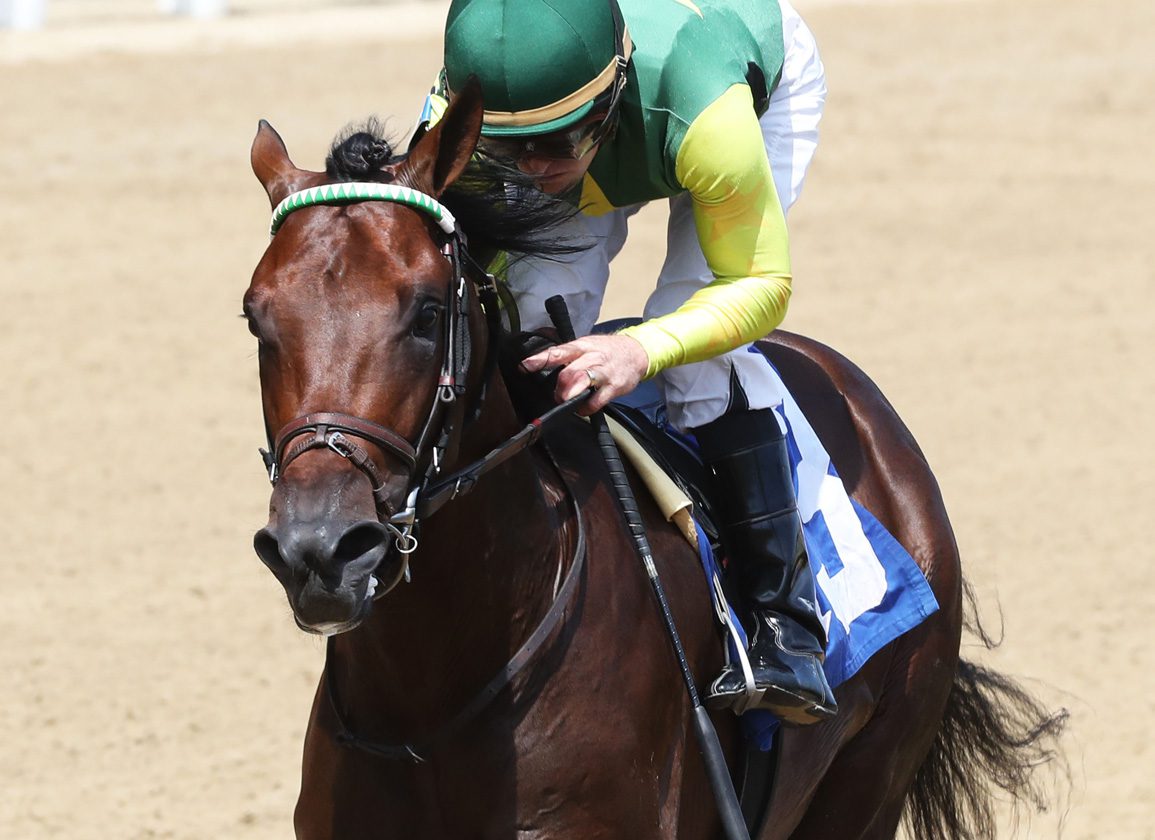 Kirk Godby didn't think he'd buy a horse in 2021. The plan wasn't there, no paperwork was prepared, but when partners lean on you to buy a racing prospect, it's not always a request even when it sounds like one. Godby, co-founder of Don't Tell My Wife Stables along with long-time business partner Rob Slack, didn't exactly have a master plan in place before the opportunity to purchase Confidence Game (Candy Ride {Arg}) arose. Like most small operations, there was a set budget to adhere to and buying something regally-bred almost always fell out of price range.

Which makes the story of how Confidence Game and his owners' paths crossed all the more fascinating.

“What's crazy is that I wasn't even planning on buying horses at that sale. For this year, I've already got our formation documents done for 2022, everything is rolling, everything is done. I did not have one thing done,” Godby admitted, recounting the push to buy a new prospect. “I had some of my core partners reach out like 'Are we going to get a horse this year?' and we really weren't planning on it. They really forced me to do it.”

With no way of calming the mounting calls beyond getting them the horse they wanted, he reached out to Keith Desormeaux, the partnership's sole trainer and bloodstock agent. The instructions were simple: just find something that could run.

“I called Keith and I said 'Look, I don't have anything formalized, but these guys want to buy at least one horse, for now, and I'll see how much interest [they'd have later].' Just find me one.”

The call was on short notice; only a day or two before Desormeaux purchased HIP 1462 for $25,000, and in his name, not the partnership. Godby happened to glance through the results to see if the bloodstock agent bought anything when he noticed the record come up, and immediately called his long-time friend. Was that horse spoken for by another group? No, was the response.

Well, he was now.

Out of Eblouissante (Bernardini), perhaps best known for who her sister is–as goes the story for most half-siblings to super stars–the partnership's new colt had a lot to offer on paper. The late April foal was the most recent at racing age for his dam, who claims not only a Broodmare of the Year on the bottom, but also the genetic advantage of the late Bernardini's now-known penchant as a broodmare sire.

On the top of the page, Candy Ride (Arg) was not only champion miler in Argentina but brought that wicked speed to the States, setting a new track-record in the GI Pacific Classic, and has since gone on to throw seven champions himself; names like Gun Runner, Shared Belief, and Game Winner coming to the forefront.

But it wasn't Zenyatta (Street Cry {Ire}) nor Balance (Thunder Gulch) nor the sparkling Candy Ride sons which ultimately caught Godby's attention, but rather a sister who flew under the radar: Where's Bailey (Aljabar).

“It wasn't just the page, obviously that speaks for itself,” he said, matter-of-factly. “But it was more about the connections. Zenyatta was broke and trained at Mayberry Farm in Ocala by April Mayberry, and that's where all of our horses are broke. And the second part of that was Where's Bailey. Where's Bailey is a horse Keith picked out several years back, bought her for $4,000 at the Keeneland sale. She's named after his son [Bailey]. There's too much connection here.”

The colt, seemingly a stroke of good luck straight from the karmic arc of the universe itself, was sent to said farm in Florida for his early training, and April Mayberry kept Godby well-informed of her appraisals of the last-minute addition. 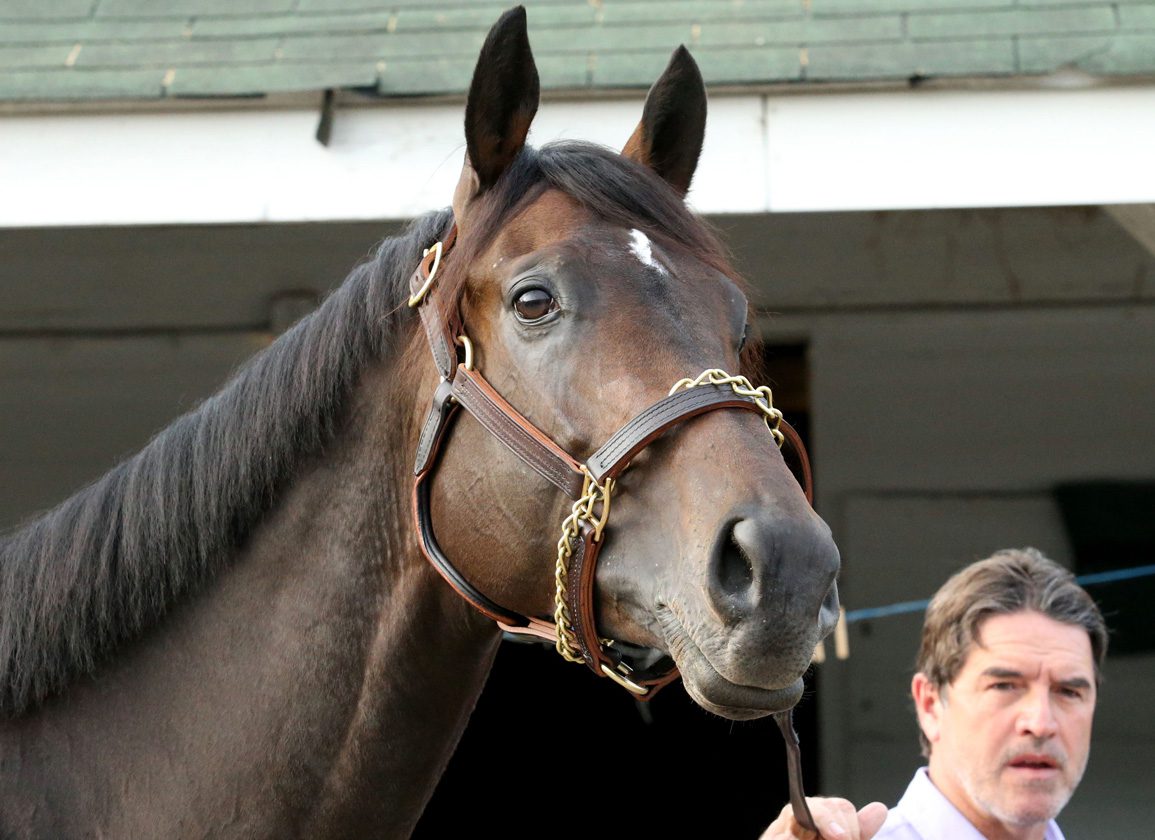 My Boy Jack with Keith Desormeaux on the shank | Coady Photography

“She really, really liked [Confidence Game] at the farm as he was developing. You know, it's such a process. My Boy Jack, our Derby horse, was a favorite down there, but he wasn't…people weren't just falling all over him,” Godby said, not taking any time to mince words. “But she was always very positive about Confidence Game. He was always going forward, he was smart.”

When the horse got to Desormeaux's barn, there wasn't a dramatic up-tick of new things being asked of him. Keith Desormeaux, as Godby described him, was an old-school horseman who believed in starting a horse slow; building the miles and the foundation with jogs, gallops, slow three furlong works, and then branching into more intense requirements. And the more they asked of Confidence Game, the more he gave, and the more Desormeaux liked what he saw.

“We were so excited for his first race…and he loses first-out by 13 lengths to Damon's Mound,” he said with a chuckle. “I knew we had something special off that performance. The new partners focused on getting beaten by 13 lengths, but I knew this guy was the real deal. Of course, Damon's Mound is a monster, which he proved in the Saratoga Special.”

That referenced first race was a lesson Confidence Game needed, even if it wasn't immediately evident to all at the time. He broke a step slow, not unusual for debuters, and was asked to close from seventh in a six furlong sprint. Given the circumstances, third beaten a half-length for second wasn't the worst outcome, considering the winner's later performance in the GII Saratoga Special.

For the second start, there would be no such trouble after the break, no pack or kickback to contend with; once Confidence Game seized early command, it would not be ceded. Five lengths separated their runner from his nearest competitor in the end.

“I got to tell you, we've been in some big races and had some great racehorses through the years, but we've never been this nervous and excited coming into a race, nonetheless a maiden special weight. We just hoped that he'd prove what we thought and knew of his talent, and he certainly did that.”

Confidence Game emerged from that effort strong and ready for more, a positive sign for the future as the next target will be the GIII Iroquois S. at Churchill Downs. Godby intends to be there in-person this time, and expects a bigger crowd for the colt's third trip to post as well.

“I started this partnership because I wanted to introduce this incredible sport to as many people as I could,” he said, adding that three of his 'brand new' partners had come down from Chicago especially for the race, and they'd had a blast. “Going in the paddock, ending up winning, which tops it off, and getting their picture taken; it's the experience. Keeping them updated and informed and to see their excitement–that experience is why I do this.”

Of course, without their trainer, he readily admits that the moments he wants to create for the partners would not be possible. Desormeaux's talent as a conditioner and his eye for horses went under appreciated for a long time, he claims, but once the funds flowed in, the horsemanship became readily obvious. It was a rise through the rankings that Godby has enjoyed playing witness to.

“I tell the partners, especially the new ones, you are buying entertainment and this whole thing is driven 100 percent by him. He picks the athletes out, and trains them. I'm just the guy who organizes things and takes care of the back end.” 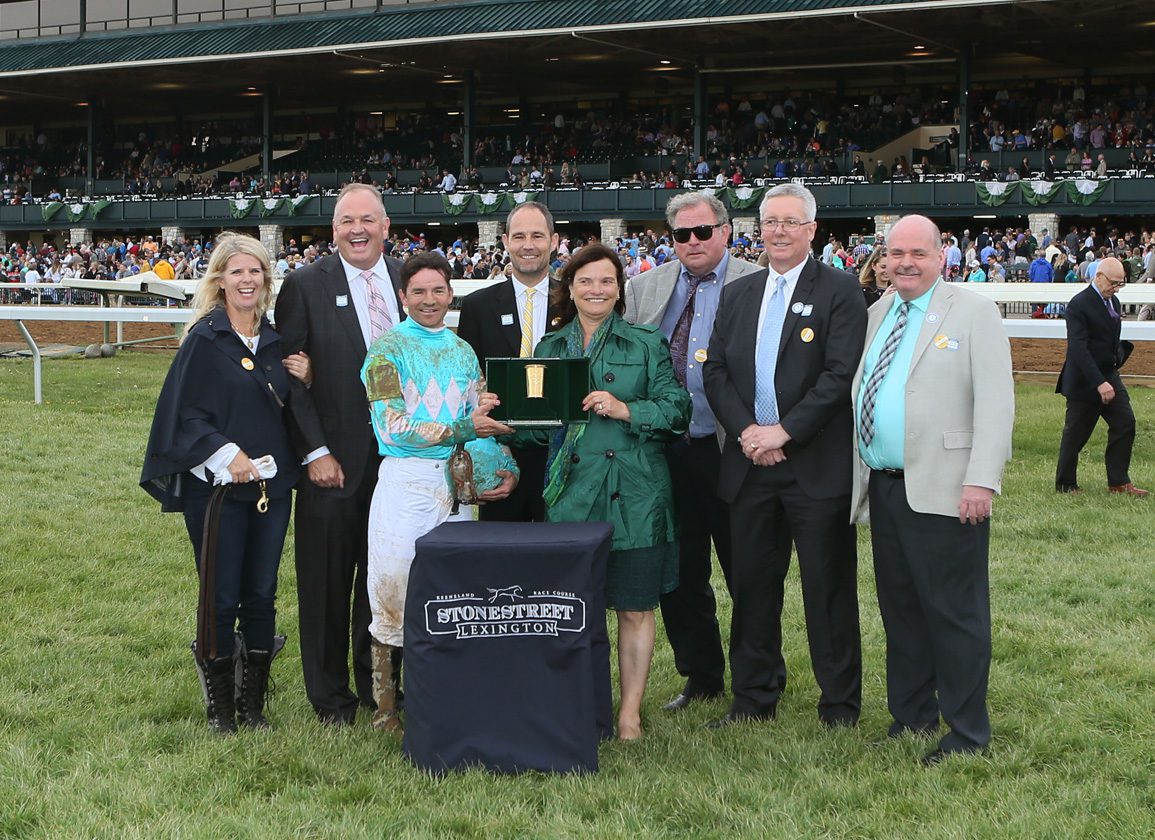 The friendship between the two goes back a ways to the humblest of beginnings. On a return home to Texas after failing as a commercial real estate salesman in California, Godby decided to work for his father's trainer–who then owned a stakes horse at Louisiana Downs–and learn the industry from the ground up. He recounts being approached by a friendly face, and the pair struck up conversation on his first day; Godby was grooming and Desormeaux cruising the shed row, and they became friends. They'd really hit it off, playing tennis or basketball nightly when time allowed.

For Godby, in the end, it was not to be. He lasted six months before returning to Texas and starting his transportation company, got married and raised a family. In the years following, he faithfully sent partners Desormeaux's way but it wasn't until 2010 where the old dream became real again. Desormeaux reached out with a proposition to start a claiming group, and it took off from there.

Several years later, and with multiple graded stakes-winner My Boy Jack (Creative Cause), Grade I-placed Danette (Curlin), and stakes-winner Candy Raid (Candy Ride {Arg}) to tally, Don't Tell My Wife Stables has another talented, promising runner in the hands of a master at his craft. And despite the name, yes, the wives do know.

“We weren't doing it to be cute or hide it from our wives…but we get so many compliments about that name, 100% positive. The one person who hates the name is Keith Desormeaux.”

The origin came from the push to formalize for the LLC designation. No one had any great ideas, but co-founder Rob Slack suggested that perhaps it was already named. Godby says one of their core partners ended almost every conference call with 'Geez, just don't tell my wife. She's going to kill me.' and the name just stuck. Their trainer's hesitation with it aside, the long-reaching respect has created a firm, steady foundation and will continue to bear fruit until he is ready to call it a career.

“[Keith]'s respected, he's old school. I love him as a brother, so to speak. We've been around each other a long time. So, until he stops training, or whenever that day comes, he's going to be our trainer, for sure.”