Confidence Behind 'The Next Sottsass' Ahead of French Derby 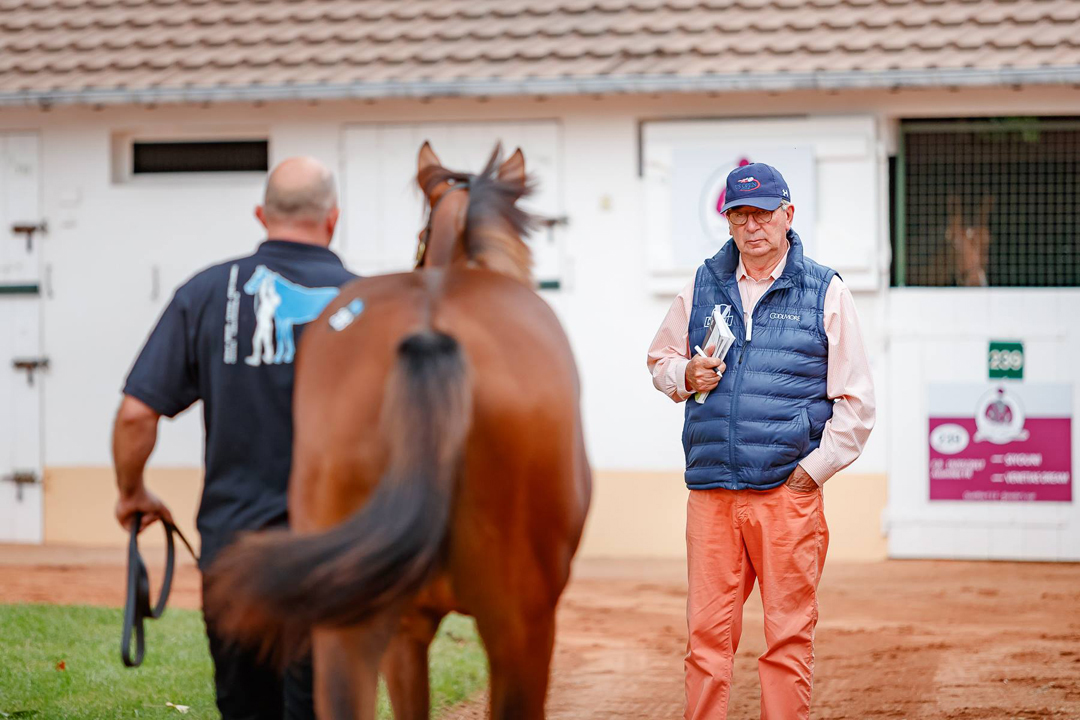 Jean-Claude Rouget is not prone to hyperbole so, when the decorated French handler compared the unexposed Al Hakeem (GB) (Siyouni {Fr}) to his only G1 Prix de l'Arc de Triomphe winner Sottsass (Fr) (Siyouni {Fr}) earlier this week, some people did a double take.

Not Benoit Jeffroy, who manages Haras de Bouquetot on behalf of the Al Shaqab operation. Jeffroy has long been aware of the standing in which the multiple Classic-winning trainer has held Al Hakeem and, when the colt won the Listed Prix de Suresnes at Chantilly on Tuesday, he wasn't one bit surprised that Rouget told the French press that 'he reminds me a lot of Sottsass'.

“Jean-Claude is a straight-talking man and he says what he thinks. It was no surprise to us to hear what he said about Al Hakeem because he always told us that the horse was a colt with a lot of ability, he just needed to show it on the track,” Jeffroy explained.

High praise indeed for a horse who has graced the track just four times, winning three of those starts, with Tuesday's Chantilly victory a personal best by some way.

However, Jeffroy is predicting that Rouget's bold comparison between Sottsass and Al Hakeem can become evident to everyone when the highly progressive colt tackles the G1 Prix du Jockey Club at Chantilly on June 5.

“Who knows, maybe after the French Derby we can really start comparing him to Sottsass, let's wait and see,” he said.

“He is a great physical and, the fact that he showed what he could do at Chantilly the other day is very exciting with a view towards the French Derby.”

Jeffroy added, “There are a lot of similarities between Al Hakeem and Sottsass. They are by the same sire and have the same broodmare sire in Galileo (Ire).

“But the way this horse has been training, that's what reminds Jean-Claude most of Sottsass, as his work has been very good.

“Even as a 2-year-old, Jean Claude said that this might be the next Sottsass, the way he was training and behaving at home. Let's hope he is.”

It is that Siyouni cross with Galileo mares that not only produced one high-class colt in Sottsass but also St Mark's Basilica (Ire), hailed by Aidan O'Brien as 'possibly the best horse we've ever had at Ballydoyle,' after he scooped the prize for Horse of the Year at the 31st annual Cartier Racing Awards.

It may well be written in the stars for Al Hakeem but the comparables to Sottsass don't end with his pedigree. His dam, Jadhaba (Ire) (Galileo {Ire}), who showed classy form for Rouget before her career was cut short after she suffered a setback, was purchased by Al Shaqab for €620,000 at Arqana in 2014 from Ecurie des Monceaux, who also produced Sottsass.

“Jadhaba is a Galileo mare and, when it came to mating her, we felt that she needed a bit of speed, which is why we went to Siyouni,” he said.

“We thought the cross might work well and, not long afterwards, along came Sottsass and St Mark's Basilica, on the exact same cross. It just made a lot of sense.

“Galileo (Ire) crossed with Danehill has worked really well, as has Galileo and Pivotal, and she has got both. Hopefully Al Hakeem can be the third top-class colt from this cross.”

He added, “Jadhaba was in training with Jean-Claude as well. She was highly regarded and won twice as a 2-year-old and, after finishing third in a Group 3 on her only start at three, she developed a little issue so we had to stop. But she seems to have passed on a lot of her ability.”

If Al Hakeem can come good on Rouget's praise, it will stand the Al Shaqab operation in good stead for the future as she has a Siyouni filly at foot and is back in foal to the sire.

“Her first colt, Dahiya (Fr) (Invincible Spirit {Ire}), won for Andre Fabre and Al Hakeem is only her second produce,” said Jeffroy of the broodmare.

“She also has a lovely Kingman (GB) filly in training with Jean-Claude, a very good looking Siyouni filly foal at foot and she is back in foal to Siyouni, so she could be an exciting young mare for us. She also has a Shalaa (Ire) yearling filly that is very similar to Jadhaba, a nice filly with good depth.

“Sheikh Joaan al Thani deserves it. He is passionate about the game and has invested a lot of money into it. He deserves to have bred a good one as a reward for all his investment.”

New dreams abound for a team that will forever be associated with Treve (Fr) (Motivator {GB}), who carried the colours of Al Shaqab Racing en route to recording back-to-back Arcs in 2014.

Given Al Hakeem is being compared to another Arc winner in Sottsass, it seems fitting to ask if the mind has been allowed to wander as far as the great race on Oct. 1.

“No, step by step,” Jeffroy laughed. “The Arc is an important race and of course it's in the back of our minds but let's take it race by race and hopefully–hopefully it takes him one year less than it did for Sottsass!”