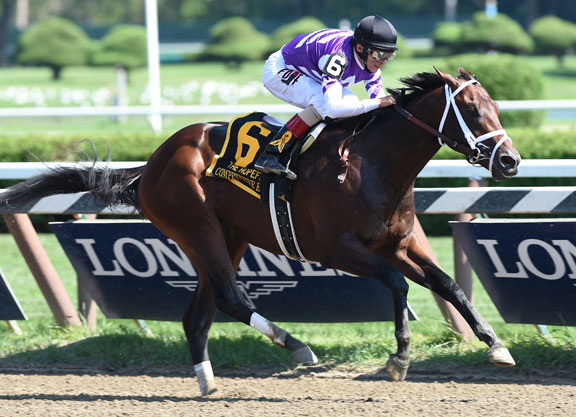 “Competitive Edge was a push-button horse from day one and was exceptionally talented,” said trainer Todd Pletcher. “He had early speed, a fantastic temperament and is a very good-looking individual–all the attributes to make an impact as a stallion, just like his sire.”

Competitive Edge followed that with a decisive score in that venue's GI Hopeful S., after which he was sidelined by a hairline fracture in his left foreleg. Returning six months later, the sophomore added victories in the Tamarc S. Mar. 27 and GIII Pat Day Mile S. May 2 to bring his record to 7-4-0-0 and earnings to $519,280.

Ashford Stud's Dermot Ryan added, “As a juvenile he won the Hopeful in the fastest time since 2001, and this year he broke the stakes record for a mile at Churchill Downs. He is a lovely horse and I think breeders will be very impressed when they see him. He's at the farm and available for inspection.”

A fee will be announced at a later date.