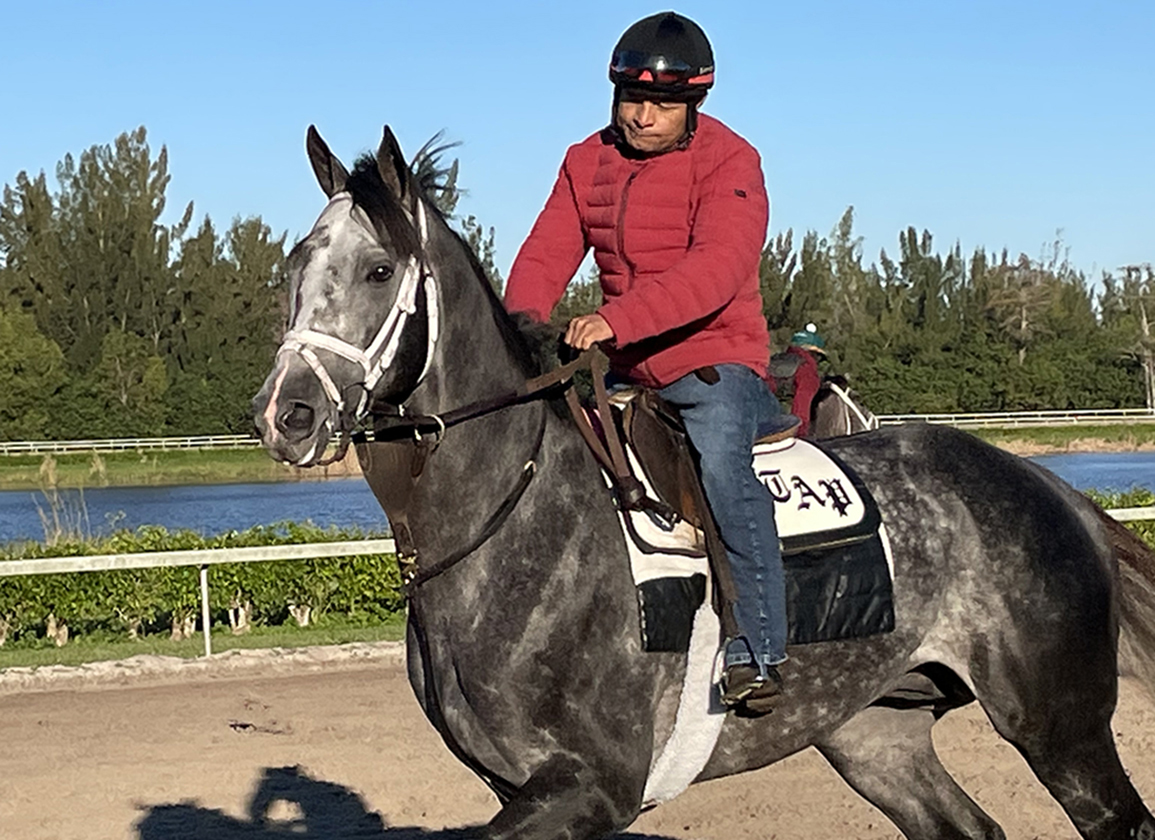 As is the case in the day's feature event on the main track, Gulfstream's GI Pegasus World Cup Turf Invitational highlights a returning champion in the form of Robert and Lawana Low's Colonel Liam (Liam's Map). Following a neck win in the 2021 renewal of the nine-furlong test, the Todd Pletcher trainee added a win in the GII Muniz Memorial Classic at the Fair Grounds in March before finishing on even terms with Domestic Spending (GB) (Kingman {GB}) in the GI Old Forester Bourbon Turf Classic at Churchill Downs in May. In his latest start, he finished eighth in the 10-furlong GI Manhattan S. at Belmont June 5.

“He seems to look good and energetic coming into this,” confirmed Pletcher. “Is he going to be ready to fire his best shot off the lengthy layoff? I don't know, but every indication is he's ready.”

A winner of this race in 2019 with ultimate Horse of the Year Bricks and Mortar, Chad Brown is represented by Michael Dubb, Madaket Stables, Wonder Stables and Mike Caruso's Sacred Life (Fr) (Siyouni {Fr}). Fourth in this race last year, the French-bred won the GIII Knickerbocker S. last October before finishing a head back in second behind the re-opposing Field Pass (Lemon Drop Kid) in Del Mar's GII Seabiscuit S. Nov. 27. Jose Ortiz gets back aboard.

D K Racing, Radley Equine Inc., Taste of Victory Stables, Rick Gold, Tony Maslowski and Dave Odmark's Hit the Road (More Than Ready) reeled off four consecutive wins between May 2020 and March 2021, including Santa Anita's GIII Thunder Road S. and the GI Frank E. Kilroe Mile in March. He is coming off back-to-back thirds in the GII Del Mar Mile in August and GII City of Hope Mile Oct. 2. The 5-year-old was purchased by trainer Dan Blacker and Australian bloodstock agent Craig 'Boomer' Rounsefell after he RNA'd for $200,000 at Keeneland September.

“He's the best horse I've ever trained,” said Blacker. “Hopefully, there'll be more like him to come, but, he's a really special horse. It meant a lot that myself and Craig Rounsefell bought him ourselves at the sale and watched him develop into a great horse. I always had a confidence that he could be a top-level horse, but you never know. To have him go and win a Grade I, it was more than I could have hoped for, a real thrill. I'm just thankful to the owners to give me the chance to buy horses like him.”

Cross Border, winner of the GII Bowling Green S. at Saratoga in July, took the Prairie Bayou S. over Turfway Park's all-weather surface Dec. 18. Winless with a second and two thirds over Gulfstream's turf, Cross Border gets the services of Reylu Gutierrez from post 11.

Victorious in the GIII Baltimore/Washington International Turf Cup in July, Field Pass later finished runner up in the Knickerbocker before taking the Seabiscuit. He won in his only previous try over Gulfstream's grass course in the 2020 Dania Beach S. Umberto Rispoli rides from post 9.

Joseph Allen's homebred Doswell (Giant's Causeway), runner up in the 2020 edition of the GII Ft Lauderdale S., finished third in his next three starts, including the GIII W. L. McKnight S., also at this venue. Sent off a 9-2 while trying to go one better in last month's Ft. Lauderdale, he went wire-to-wire to score by 1 1/2 lengths over Atone Dec. 18.

“He came out really, really well,” said trainer Barclay Tagg. “Not a blemish on him. He's happy, eating well and he hasn't missed a breeze since. We feel good about him. If he can get to where he can relax and be up close, then I think it'll work out fine.”