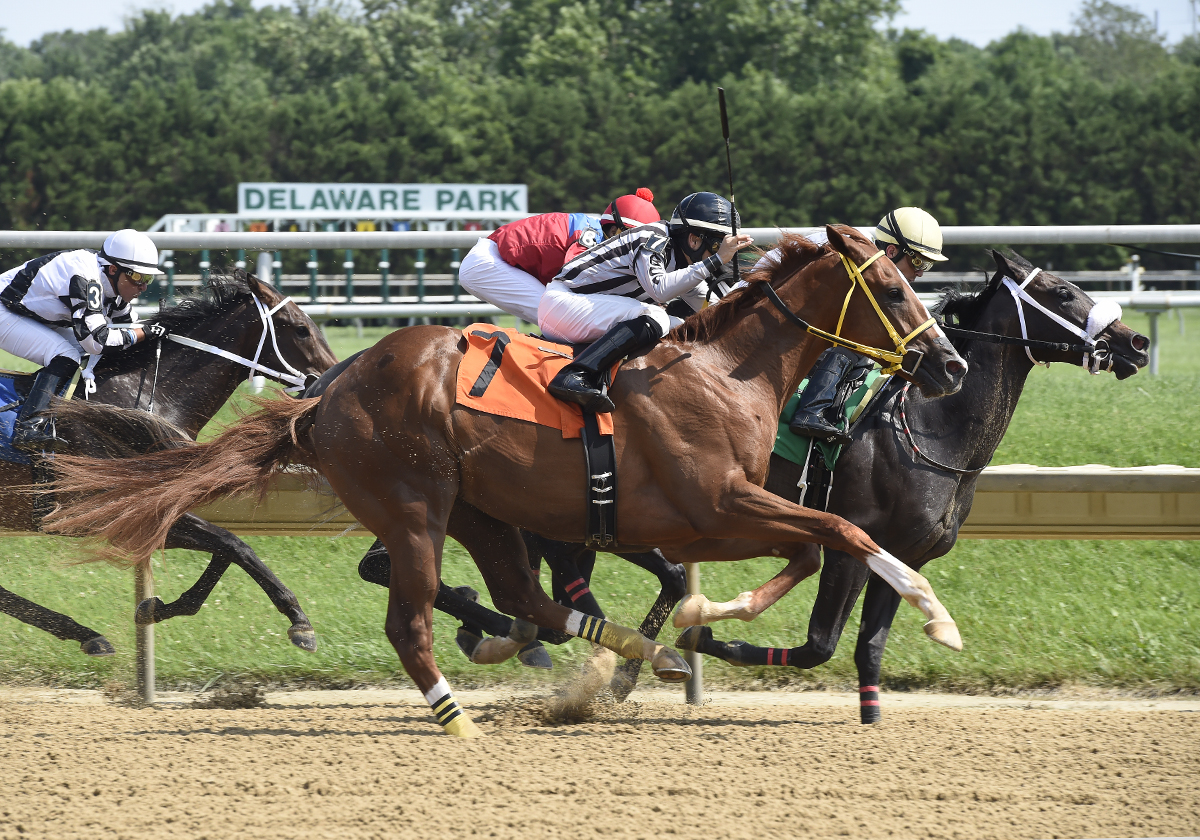 Amber Cobb, the Thoroughbred owner and trainer who had been summarily suspended by the Delaware Park stewards last month after having already served a 60-day penalty earlier in the summer for “improper or inhumane treatment” of a horse, had her license yanked again Thursday for the remaining term of its three-year issuance, through Dec. 31, 2022.

Among the reasons listed in the Oct. 28 revocation ruling by the Delaware Thoroughbred Racing Commission (DTRC) were that Cobb failed to appear at a disciplinary hearing Oct. 22 that had been scheduled in relation to her Sept. 10 summary suspension.

The DTRC ruling also stated that, “Cobb was involved and was still participating in horse racing while under suspension” and that she failed to attend an anger management program as had been directed by the stewards.

Cobb, 33, could not be reached for comment prior to deadline for this story.

Cobb's 60-day suspension earlier this year involved a video recorded by a stable employee back in February in which Cobb shouted at a horse and struck at the animal with a plastic pitchfork, causing the horse to fall.

The Oct. 28 ruling stated that the hearing that Cobb skipped had been scheduled for the purpose of having her “answer to complaints and allegations of past abuse and neglect of horses in her care that did not involve her recent suspension.”

In addition, the ruling stated that “Ms. Cobb failed to get approval by the stewards for bills of sale and horse transfers [for] horses that were in her care remained on the grounds of another trainer during the term of her suspension. Ms. Cobb solicited the services of another licensed Delaware trainer that brought horses on the grounds that were not approved by the stewards.”