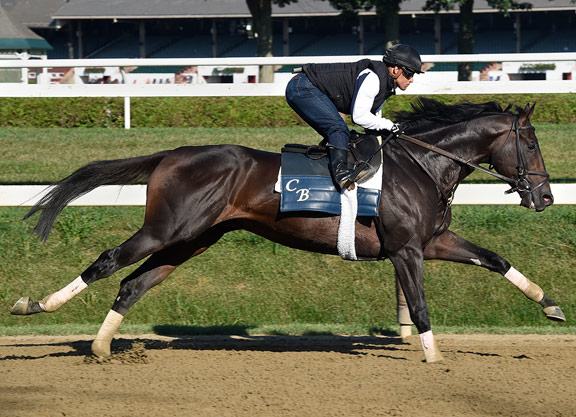 Second in the Mar. 4 GIII Gotham S. and third in the Apr. 8 GII Wood Memorial S. prior to his win in the Preakness May 20, Cloud Computing returned from a two-month layoff with a disappointing last-of-five finish as the 6-5 second choice in the July 29 GII Jim Dandy S., the traditional prep for the Travers. He was asked to stay closer to a decidedly moderate pace that day and came up empty in the stretch, despite being beaten just 4 3/4 lengths by Good Samaritan (Harlan's Holiday). The colt has worked twice since then, most recently posting a five-furlong move in 1:01.65 Saturday.

“He couldn't have worked any better,” said Brown. “I was very happy with the work and Javier was pleased, and he came out of his work well.”