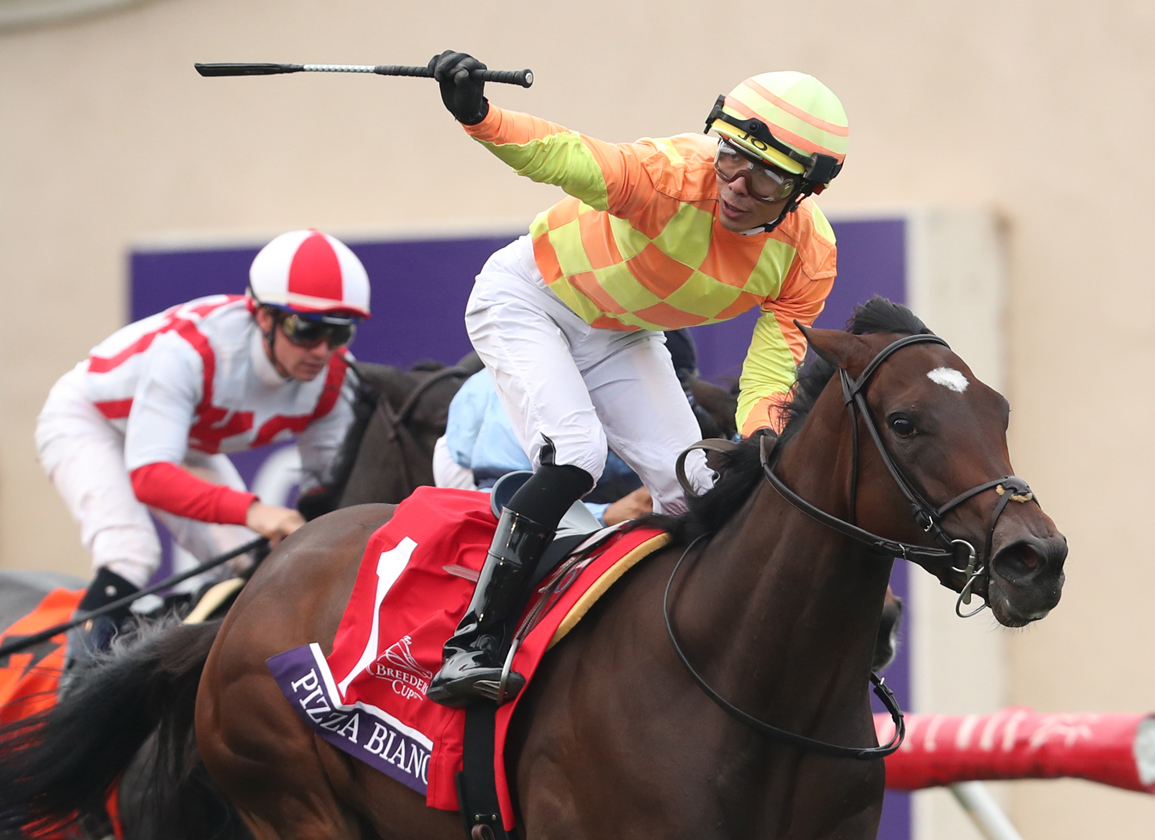 Christophe Clement has revealed that his first runners at Royal Ascot did not perform as he had hoped but shared how G1 Coronation S. disappointment Pizza Bianca (Fastnet Rock) could bid to bounce back to form at Saratoga later this month.

Pizza Bianca, whose owner-breeder is celebrity chef Bobby Flay, has returned to America after her eighth-place finish in the Coronation.

Clement admitted that he was “slightly disappointed” with that effort but is confident that there is more to come from his Breeders' Cup winner back on home soil.

“Of course, I was slightly disappointed, but I do not think she ran that bad a race,” Clement reflected. “I just thought she was a few lengths behind the form I was expecting her to show.

“She's back in the States and is doing well. I'm planning on giving her her first work back in the coming week and we will go from there.”

On last season's GI Breeders' Cup Juvenile Fillies Turf heroine, he added, “There are plenty of races for her to run in, but at the moment she will most probably run in a group race at Saratoga, the first one is the Lake George, which is a group 3 on July 22 and also a race maybe on August 1.”

Clement had no luck with his other runner at the royal meeting as Slipstream (More Than Ready) finished down the field in the G1 Commonwealth Cup.

However, he had nothing but praise for the experience and was grateful for all the assistance he received during his time in the United Kingdom, which included reliving his days as assistant to Luca Cumani as both Pizza Bianca and Slipstream were stabled in the Bedford House Stables his former boss operated from.

“Everything was done to make our life as easy as possible and it was a great experience,” he explained.

“I had five days in Newmarket to train the horses, everything was very smooth and both horses were stabled at Bedford House, which I know very well having spent four years there before and everything was as easy as could be.

“Unfortunately, the two horses were just a bit below form, so if I come back, I will need to find a way to be more competitive.”