Classic Heroine Even So Sold to Japan 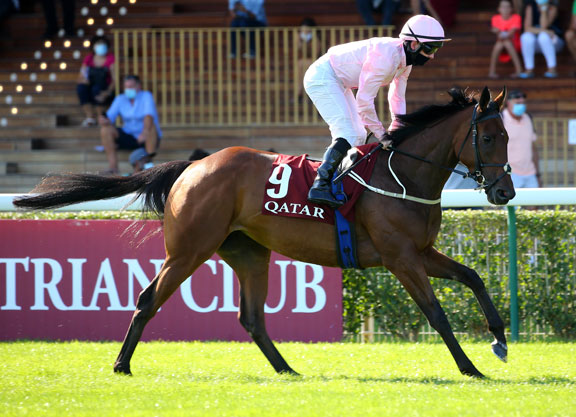 Classic winner Even So (Ire) (Camelot {GB}-Breeze Hill {Ire}, by Danehill), has been sold by Coolmore to Japan for broodmare duties, Irishracing.com reported on Saturday.

Lyons's brother and assistant Shane Lyons told Irishracing.com, “Even So has gone breeding and has been sold to Japan. She was an absolute lady, had a beautiful Dr Devious-pedigree so hopefully she does well over in Japan for her new connections.

“She was a superstar and to win a Classic on home soil, you couldn't get any higher. It's what dreams are made of and she served us well.”

The April foal was bred by Lynch Bages in Ireland and, sent to trainer Ger Lyons, saluted in the 2020 G1 Juddmonte Irish Oaks last July. She also won the Listed Naas Oaks Trial earlier that month and was third in the G3 Park Express S. Owned by Mrs. John Magnier and Mrs. Paul Shanahan, she retires with a record of 8-3-0-2 and $231,791 in earnings.