Clairiere Going After Saratoga Glory in the Shuvee 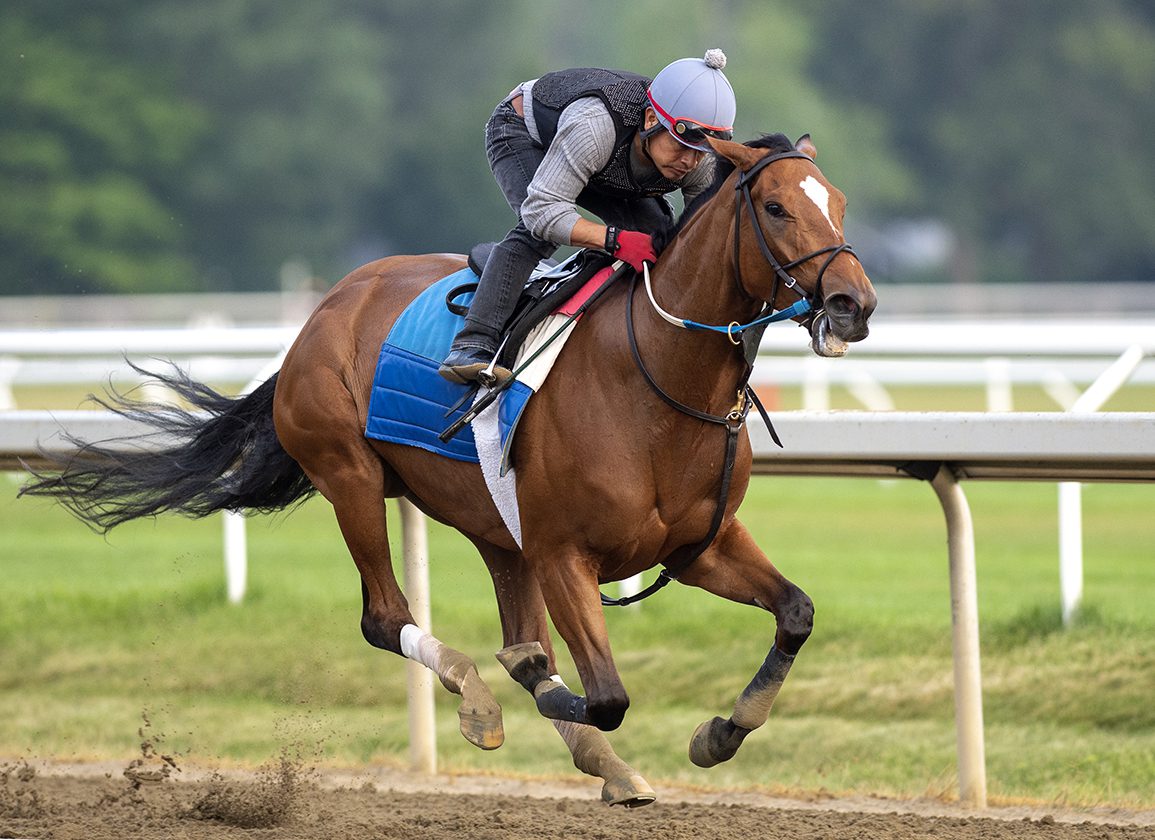 “Not by us,” Asmussen said, shaking his head.

Asmussen promptly made the case for the 4-year-old filly, a Stonestreet Stables homebred daughter of Cavorting (Bernardini), who will seek her third win in four starts this year in the GII Shuvee S. Saturday at Saratoga Race Course.

The nine-furlong Shuvee will be the fifth round of the cross-country series between Shadwell Stable's 'TDN Rising Star' Malathaat (Curlin) and Clairiere, both of whom were bred by Stonestreet. Malathaat finished in front of Clairiere in each of their three meetings as 3-year-olds–the GI Kentucky Oaks and the GI CCA Oaks and GI Alabama S. at this track–but Clairiere prevailed in their most recent showdown, winning the GI Ogden Phipps by a head June 11.

“It was where she finally turned the tables on the champion, Malathaat, the deserved 3-year-old filly champion last year,” Asmussen said. “We competed well against her, but did not come out on the right side of it. Obviously, things have changed now.”

In the 1 1/16 mile, one-turn Phipps, which was part of the GI Belmont S. program, Malathaat and Clairiere sat far back off the torrid pace set by champion Letruska (Super Saver) and Search Results (Flatter). They launched their rallies pretty much in tandem approaching the half-mile pole, ran past the tiring Letruska at the top of stretch and caught Search Results inside the sixteenth pole. Malathaat had a slight lead, but Clairiere finished just a bit better under Joel Rosario.

Asmussen said her talent has always been evident–carrying her to a 5-4-2 record and $1,799,592 in earnings in her 13 career starts–and feels that she is getting better.

“She is first class all the way. Always has been. Never been anything but,” he said. “First time out,  two turns, broke her maiden against an eventual graded stakes winner and has never done anything but keep the best company. I do think that with maturity she has broken through to a new level.”

Asmussen noted that Clairiere is the top-ranked female in the weekly NTRA poll, putting her at the top of the division.

Despite her sterling record, because she has consistently been in top races–seven of them Grade I–Clairiere has only been the favorite twice. She won both, the GI Cotillion S. in September, and her season-opener, a stakes-quality optional claimer in March at the Fair Grounds.

In addition to Malathaat, Clairiere is likely to face two other millionaires, Bonny South (Munnings) and 'Rising Star' Crazy Beautiful (Liam's Map) in the $200,000 race for older fillies and mares that is on the undercard of the GI Coaching Club American Oaks. Together, those four have earned over $5.9 million and won 13 graded stakes, five of them Grade I.

“It's Saratoga,” Asmussen said. “It's the best in the world.”