Claiming Crown Horse of the Year is Frost Or Frippery 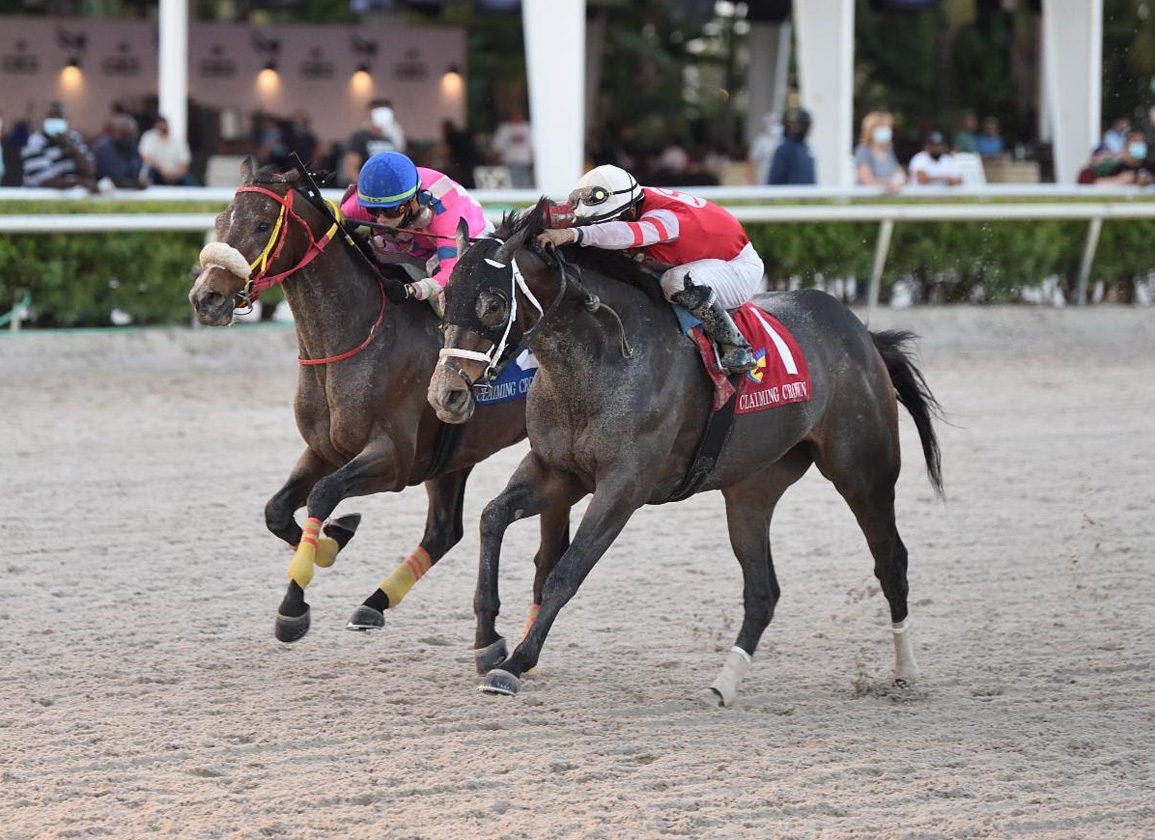 Frost Or Frippery (Lewis Michael–Samantha Mulder, by Lac Ouimet) has been named the 2020 Claiming Crown Horse of the Year by the Industry Awards Committee of the National Horsemen's Benevolent and Protective Association (HBPA). The 8-year-old gelding will be honored at the 36th annual awards dinner held by the Thoroughbred Owners and Breeders Association (TOBA) Sept. 11 at Hill 'n' Dale Farm at Xalapa in Paris, Ky.

Claimed for $20,000 by Brad Cox for Steve Landers Racing LLC last April, Frost Or Frippery went on a five-race win streak and closed his 2020 campaign with a total of eight wins and four runner-up finishes in 13 starts and $167,350 in earnings. He won his sole out this year–a Jan. 22 starter allowance at Oaklawn–but has since sustained an injury in training and has been retired. In the course of his career, which began as a sophomore in 2016, Frost Or Frippery compiled a record of 67-22-12-13 and earnings of $381,918. A win in the $75,000 Kent Stirling Memorial Iron Horse S. at the 2020 Claiming Crown, held Dec. 5 at Gulfstream Park, led to the Claiming Crown Horse of the Year title.

“It meant a lot for him to win it, because there are a lot of claiming horses in the country,” said Landers, a long-time owner from Arkansas. “That's what the Claiming Crown is about: being the best at what they do. He acted like a more-expensive horse, like high-dollar, more class-type horse than he really was. But he didn't know what his class was. He'd just go out there and win.”