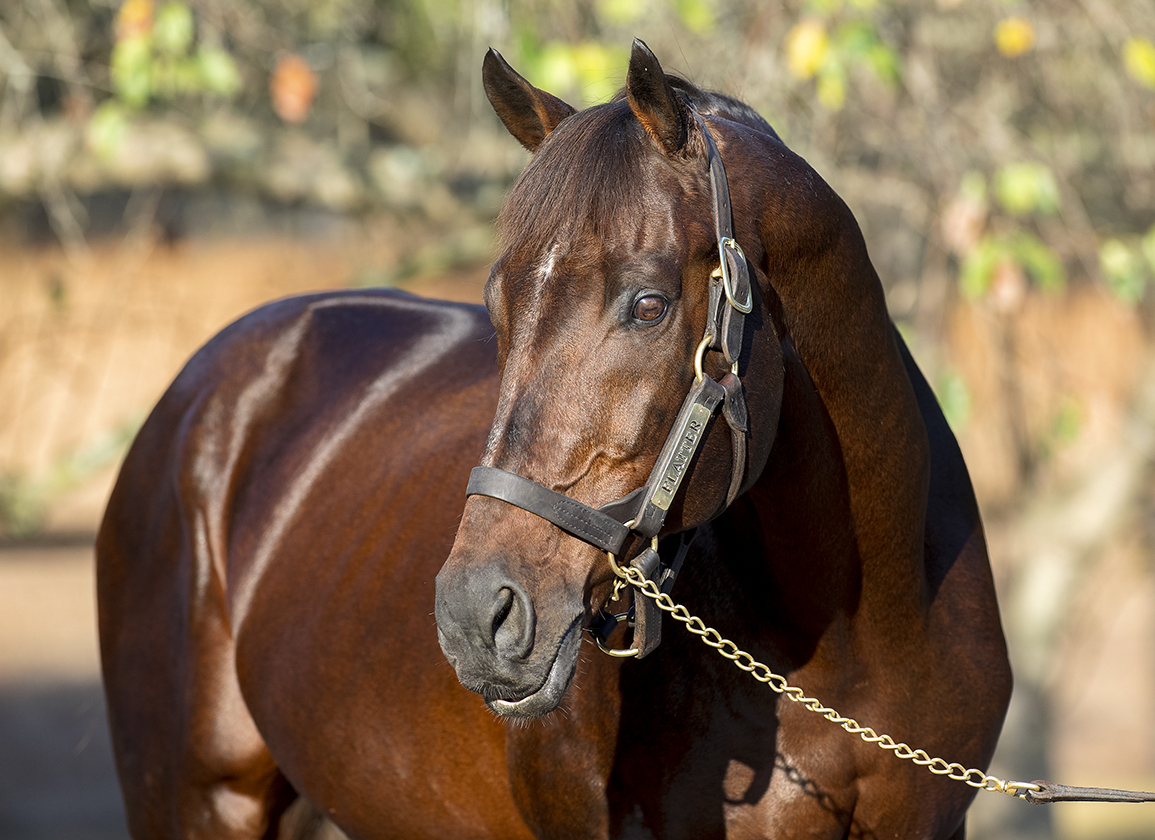 Flatter (A.P. Indy–Praise, by Mr. Prospector), a successful stallion at Claiborne Farm for nearly two decades, was euthanized May 9 at the age of 23 due to the infirmities of old age, Claiborne announced Tuesday.

The bay was a second-generation homebred for Claiborne and Adele Dilschneider and a full-brother to GSW and successful sire Congrats.

“Flatter was the kind of sire you'd like to have 10 of,” said Claiborne's Bernie Sams. “He was solid and consistent year in and year out. He started at the bottom and worked his way up to being a successful and respected stallion. He was popular among people who bred to race and was a successful commercial sire as well. He will be greatly missed.”

After finishing fourth on debut, Flatter reeled off a four-race winning streak before finishing third in the GII Washington Park H. in his career finale. He was retired with a record of 6-4-0-1 and earnings of $148,815.

Entering stud at Claiborne in 2004, Flatter is thus far represented by 692 winners with combined progeny earnings in excess of $84.1 million. He has sired 59 stakes winners and 21 graded/group stakes winners, including Grade I winner Search Results, who carried his flag to victory in the GII Ruffian S. Sunday at Belmont.

Other notable top-end runners for Flatter include West Coast, 2017's Eclipse champion 3-year-old male, a multiple Grade I winner who earned over $5.8 million in his career. His son Flat Out was also a multiple Grade I winner and earned over $3.6 million. Other Grade I winners by Flatter include Taris, Paola Queen and the aforementioned Search Results. In total, he has seven runners who earned seven figures on the racetrack, including emerging young stallion Upstart. He also sired Canadian champion Avie's Flatter.

“Flatter's passing leaves a huge hole in all of our hearts,” said Claiborne president Walker Hancock. “He was a homebred of ours that was tough as nails until the day he passed. He was a farm favorite and will be sorely missed. We will look for his legacy to continue through his sons at stud.”

Flatter will be buried at Claiborne Farm.