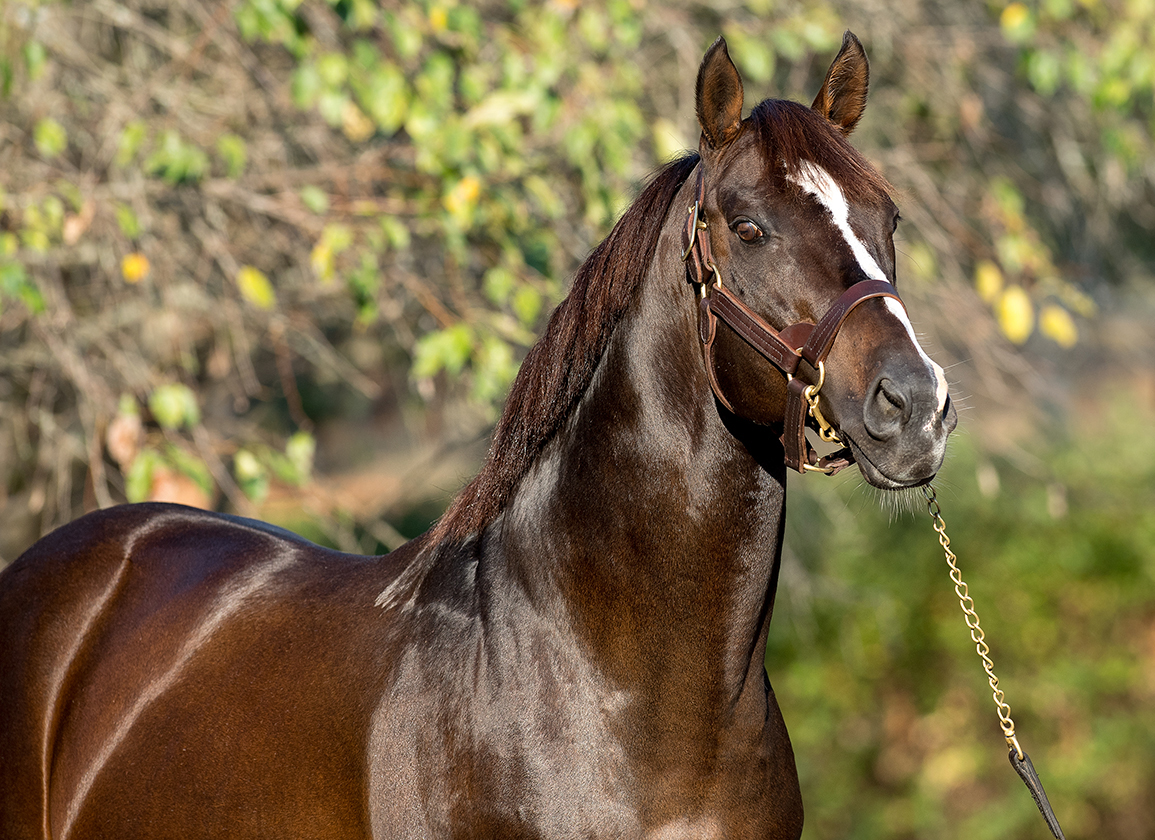 War Front (Danzig–Starry Dreamer, by Rubiano) heads all Claiborne stallions in 2022 with a stud fee of $100,000. The 19-year-old stallion, who stood for $150,000 in 2021, was represented by 10 stakes winners, led by Group 1-winner Homesman and four other Grade I/Group 1 performers worldwide. He is the sire of 29 seven-figure yearlings over his career, and again showed his prowess in 2021 with a a $1.2 million filly.

Standing alongside his sire at Claiborne is War of Will (War Front–Visions of Clarity {Ire}, by Sadler's Wells)), a winner in four graded stakes, including the GI Maker's Mark Mile on turf and the GI Preakness S. on dirt. During his second season at stud in 2022, he will once again stand for $25,000.

Also unchanged for 2022, Flatter (A.P. Indy-Praise, by Mr. Prospector) will command a fee of $35,000 next season. With over $80 million in progeny earnings to date, the 22-year-old sired six stakes winners and 11 stakes horses led by the Grade I winner Search Results.

Two new stallions join Claiborne's roster for 2022–MGSW and GISP Performer (Speightstown–Protesting, by A.P. Indy) and Silver State (Hard Spun–Supreme, by Empire Maker). Undefeated as a 3-year-old, homebred Performer is from the Phipps family of champion Storm Flag Flying and Hall of Famer Personal Ensign. He will stand for $12,500.

GI Metropolitan H. winner Silver State, who is aiming for this year's GI Breeders' Cup Dirt Mile, will enter stud at Claiborne in 2022. His stud fee will be announced at a later date.

Getting a boost for 2022, Runhappy (Super Saver–Bella Jolie, by Broken Vow) has been a leading second-crop sire this year and will stand for $12,500, up from $10,000 this year. The champion sprinter is responsible for nine stakes performers and five stakes winners, including GII Vosburgh S. winner Following Sea, who is among contender for this year's GI Breeders' Cup Sprint.

Among those getting a trim in 2022, MGISW Blame (Arch–Liable, by Seeking the Gold) will stand for $20,000 down from $30,000 this season. The 2010 Eclipse Award winning older male in is responsible for 70 stakes performers and 37 stakes winners, including five Grade I winners. This season's runners include French Group 3 winner and €575,000 Arqana Arc Sale purchase Saiydabad. Also getting a price cut in 2022 is Grade I winner Catholic Boy (More Than Ready–Song of Bernadette, by Bernardini), who will stand for $20,000. GSW Demarchelier (GB) (Dubawi {Ire}-Loveisallyouneed {Ire}, by Sadlers Wells) will return for a fee of $5,000.