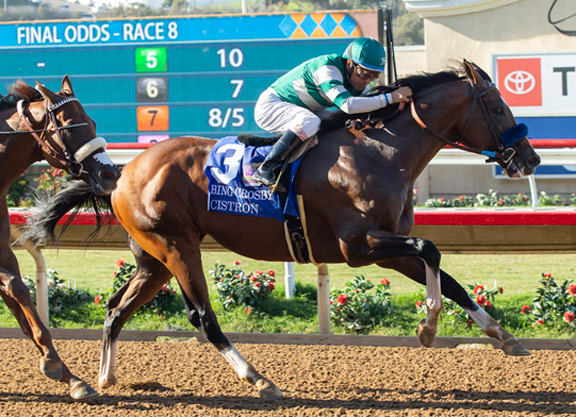 Grade I winner Cistron (The Factor–Major Allie, by Officer) has been retired from racing and will stand stud at Harris Farms in California. He is now available for inspection and a stud fee will be announced in the fall.

Scoring his first black-type win in Oaklawn's Northern Spur S. in 2017, the Hronis Racing colorbearer's other career highlights include victories in the GI Bing Crosby S., GII Kona Gold S. and GIII San Simeon S. The $180,000 KEESEP buy retires with 30-6-7-6 and earnings of $768,719.