Circus Maximus To Stand At Coolmore in 2021 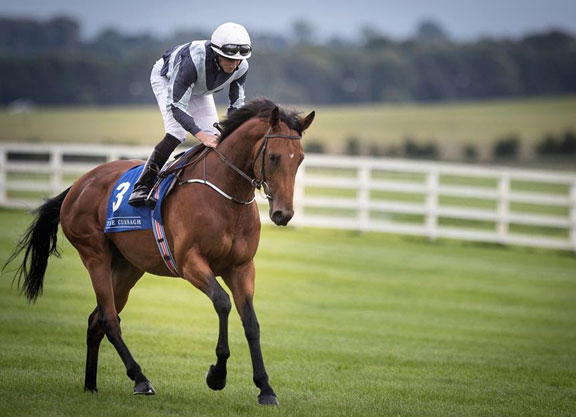 Multiple Group 1 winner Circus Maximus (Ire) (Galileo {Ire}-Duntle {Ire}, by Danehill Dancer {Ire}) will stand at Coolmore Stud in Ireland next year for €20,000. The French highweight is under consideration for the Longines Hong Kong International Races in December for the Coolmore partners and Flaxman Holdings.

The winner of the G1 St. James's Palace S. and second in the G1 Sussex S. in the summer of his 3-year-old year, the Niarchos Family's Flaxman homebred added another Group 1 win in the Prix du Moulin that September prior to a fourth in the GI Breeders' Cup Mile. At four, he displayed his affinity for Royal Ascot with a win in the G1 Queen Anne S., before another second in this year's Sussex and a third in both the G1 Prix Jacques le Marois and another edition of the Prix Moulin. The bay bounced back with a close second two starts later in the Nov. 7 GI Breeders' Cup Mile. His record stands at 17-5-3-3 and $1,881,584 in earnings.

“Circus Maximus is very tough and travels with a lot of speed,” said trainer Aidan O'Brien. “He's that type of horse that can often make very good stallions. We'll definitely be breeding to him.”

The bay is the only foal out of Duntle, a multiple group winner and dual Royal Ascot winner who ran second in the G1 Matron S. and G1 Prix Rothschild and was third in the G1 Kingdom of Bahrain Sun Chariot S. for Flaxman. This is the extended family of Grade I winners Honor in War (Lord at War {Arg}), La Gueriere (Lord At War {Arg}), herself the dam of GI Personal Ensign S. heroine Icon Project (Empire Maker); and GI John Henry H. victor Al Mamoon (Believe It). The fourth dam, GSP Lady Winborne (Secretariat), is a half-sister to French Horse of the Year and a champion at two and three, Allez France (Sea Bird II).