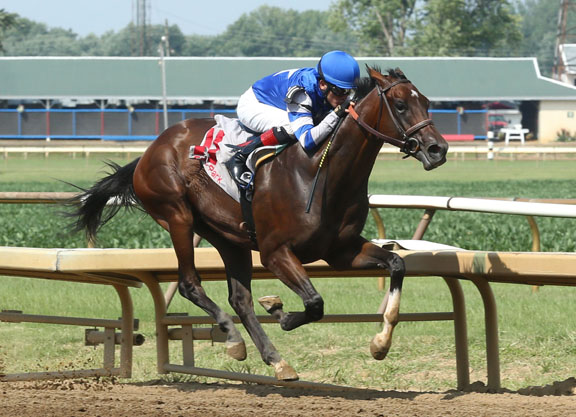 Dennis' Moment is slated to make his stakes debut in the GIII Iroquois S. Sept. 14 | Coady

Officials at Churchill Downs have released the schedule for the 'Road to the Kentucky Derby, Presented by Woodford Reserve,' which is set to kick off with the running of the GIII Iroquois S. at the home of the Derby Sept. 14. The 'Road to the Kentucky Derby' features a series of 35 races that award a sliding scale of points to the top four finishers.

The total number of points-earning races remain the same as last year. The Iroquois kicks off the 19-race “Prep Season,” featuring races at distances at a minimum of a mile between September and February. Each of these “Prep Season” races is worth 10-4-2-1 to the first four home.

In addition to the primary 'Road to the Kentucky Derby' series, there are feeder series in Europe (seven races) and Japan (four races) that award the top points-getter an automatic berth in the Derby.

A similar series remains in place to qualify for the GI Kentucky Oaks. There will be 30 races along the 'Road to the Kentucky Oaks'–15 'Prep Season' races, beginning with the GII Pocahontas S. at Churchill Sept. 14–and 15 'Championship Series' races.