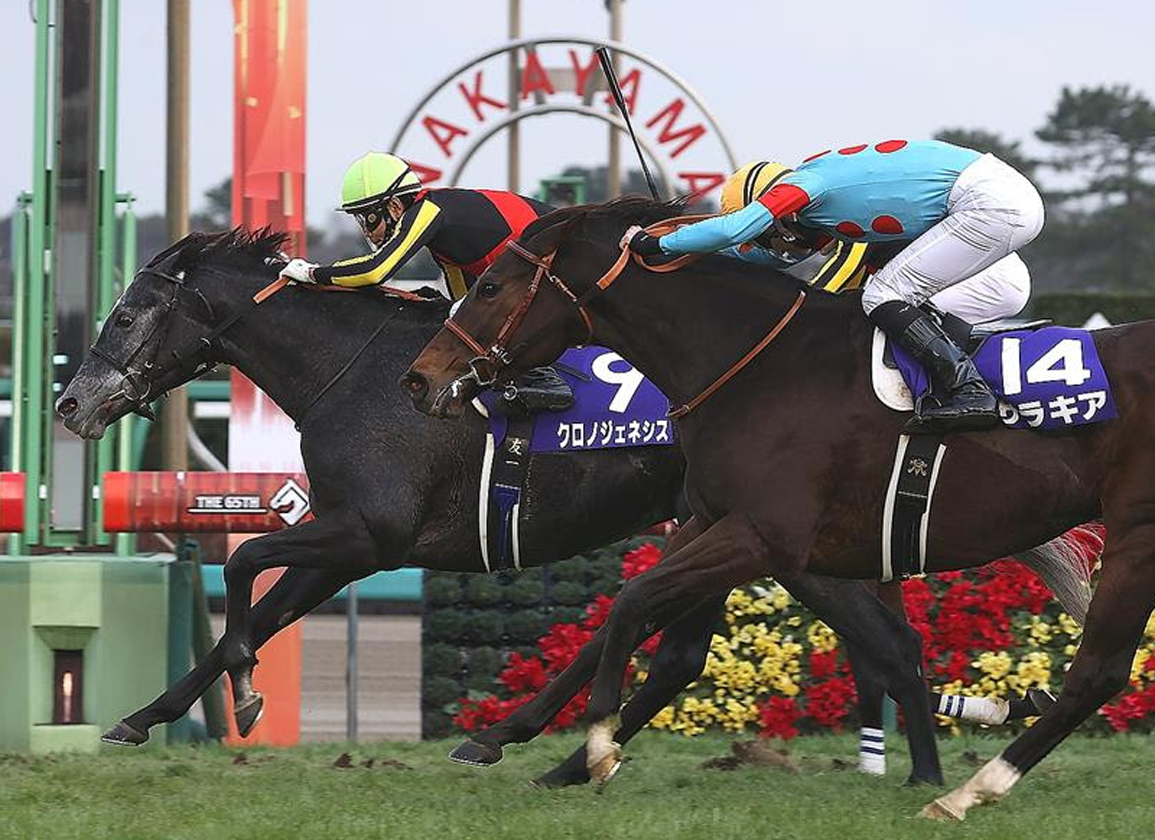 Japan stages a pair of 'all-star' races each season, the G1 Takarazuka Kinen in early summer and the G1 Arima Kinen at year's end, giving fans a chance to vote for their favourite runners. The last four runnings of these events have been won by females–Lys Gracieux (Jpn) completed the double in 2019, while Chrono Genesis (Jpn) (Bago {Fr}) repeated the feat last year. The latter, who scored by six lengths last June, is back to defend her title in the final top-level test of the first half of the season, which offers the winner a fees-paid berth into the GI Breeders' Cup Turf at Del Mar in November.

Winner of half of her 14 career trips to the post, the gray mare was a sound third to Almond Eye (Jpn) (Lord Kanaloa {Jpn}) in the G1 Tenno Sho (Autumn) over 2000 metres last November before taking the 12 1/2-furlong Arima Kinen by a neck Dec. 27. She was most recently beaten a neck into second by Mishriff (Ire) (Make Believe {GB}) in the Mar. 27 G1 Dubai Sheema Classic (2410m), the form of which was franked when Loves Only You (Jpn) (Deep Impact {Jpn}) returned to take the G1 FWD QE II Cup in Hong Kong.

“She got bumped quite badly last time in the Dubai Sheema Classic and it was an unlucky race for her, but she still ran well,” her trainer Takashi Saito said. “She came back to the stable on June 2, and in her first piece of work after that, she seemed a little heavy, but soon got switched on in her usual way of doing things.”

Aristoteles (Jpn) (Epiphaneia {Jpn}) finished first or second in his first seven starts, then put a real scare into Contrail in the G1 Kikuka Sho (3000m), going down to a narrow defeat in that final leg of the Triple Crown last October. A Group 2 winner to begin this season, he exits a fourth in the May 2 G1 Tenno Sho (Spring) over two miles of this course. Kiseki (Jpn) (Rulership {Jpn}), winless since the 2017 Kikuka Sho, was runner-up in this event in each of the last two seasons.

Unicorn Lion (Ire) (No Nay Never) cost 850,000gns at Tattersalls October in 2017 and enters the Takarazuka Kinen on a two-race winning streak, including a 19-1 upset of the G3 Naruo Kinen at Chukyo June 5.