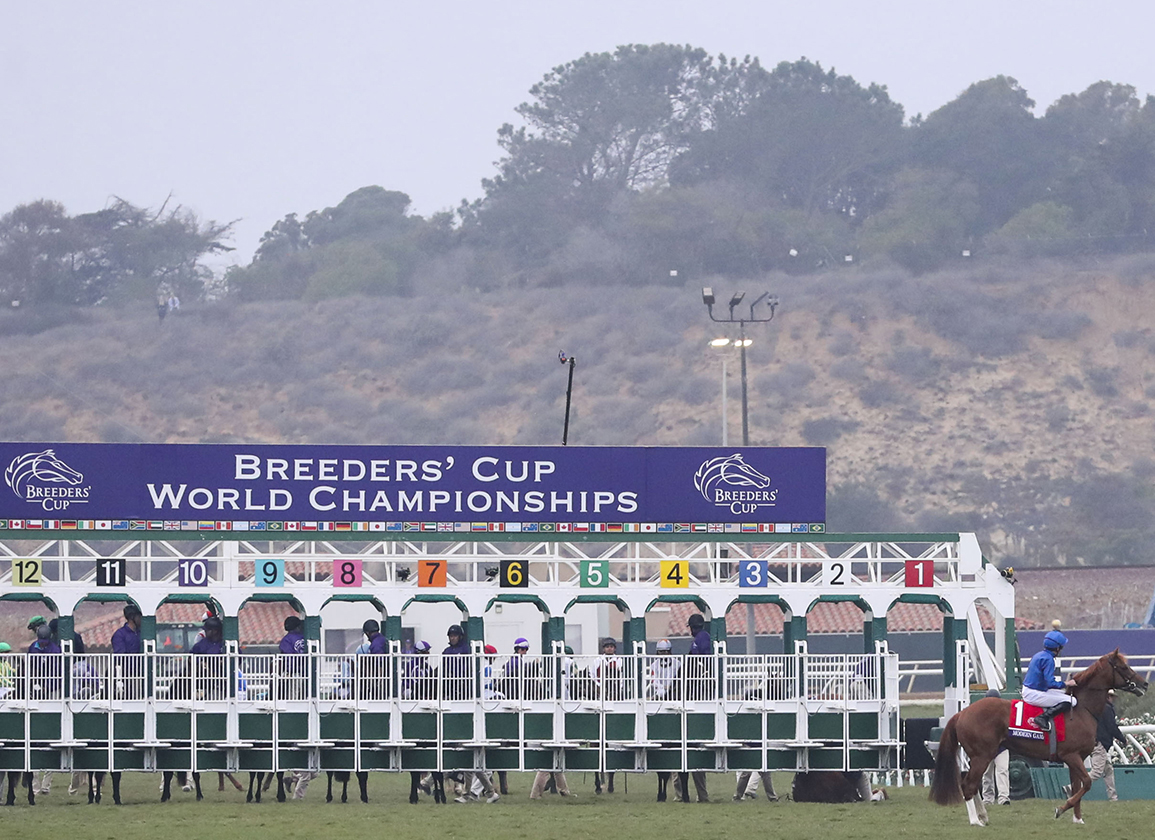 “Concerning the 10th race at Del Mar on Friday, November 5, the Breeders' Cup Juvenile Turf: Upon review of available videos showing the horses in the gate prior to the start of the race, the CHRB has determined that #1 Modern Games (IRE) did not rear up in the gate, as was initially reported to the CHRB by the veterinarians at the gate. The starter and assistant starter took protective steps by leading the horse out of the front of the gate. The horse did not break through the gate on its own, as was originally thought.”

Prior statements from the CHRB referenced Modern Games rearing up and hitting the back of the gate.