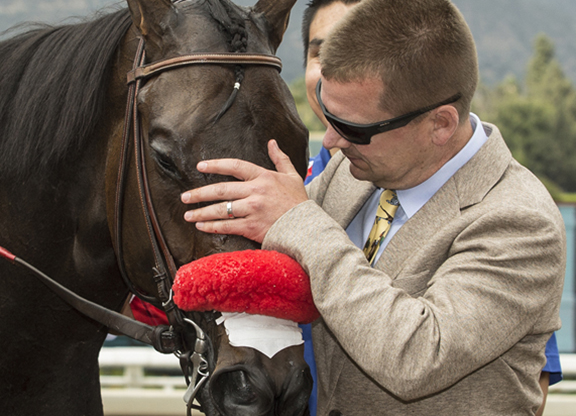 The California Horse Racing Board (CHRB) announced that they had filed a complaint against trainer William Morey, alleging that his assistant trainer administered a substance containing an alkalinizing agent via a “dose syringe” to two horses that were entered to race at Santa Anita Park on Friday Mar. 29, 2019.

Mar. 29 was the day Santa Anita re-opened its doors to live racing after a hiatus of nearly three weeks, due to a rash of equine fatalities at the track this winter.

The two Morey-trained horses were scratched about 30 minutes before the first race on Mar. 29.

According to multiple sources familiar with the case, Morey's assistant was caught administering a substance orally to the horses that morning—a violation of CHRB rules—via use of the video surveillance system installed throughout the Santa Anita backstretch.

According to the press release, the stewards at Santa Anita will conduct a hearing on May 2.

Morey, who has held a license since 2001, has not started a horse since Mar. 29. According to the DRF, Morey subsequently dispersed his stable among a variety of different trainers.

Morey did not immediately respond to a call and text message.