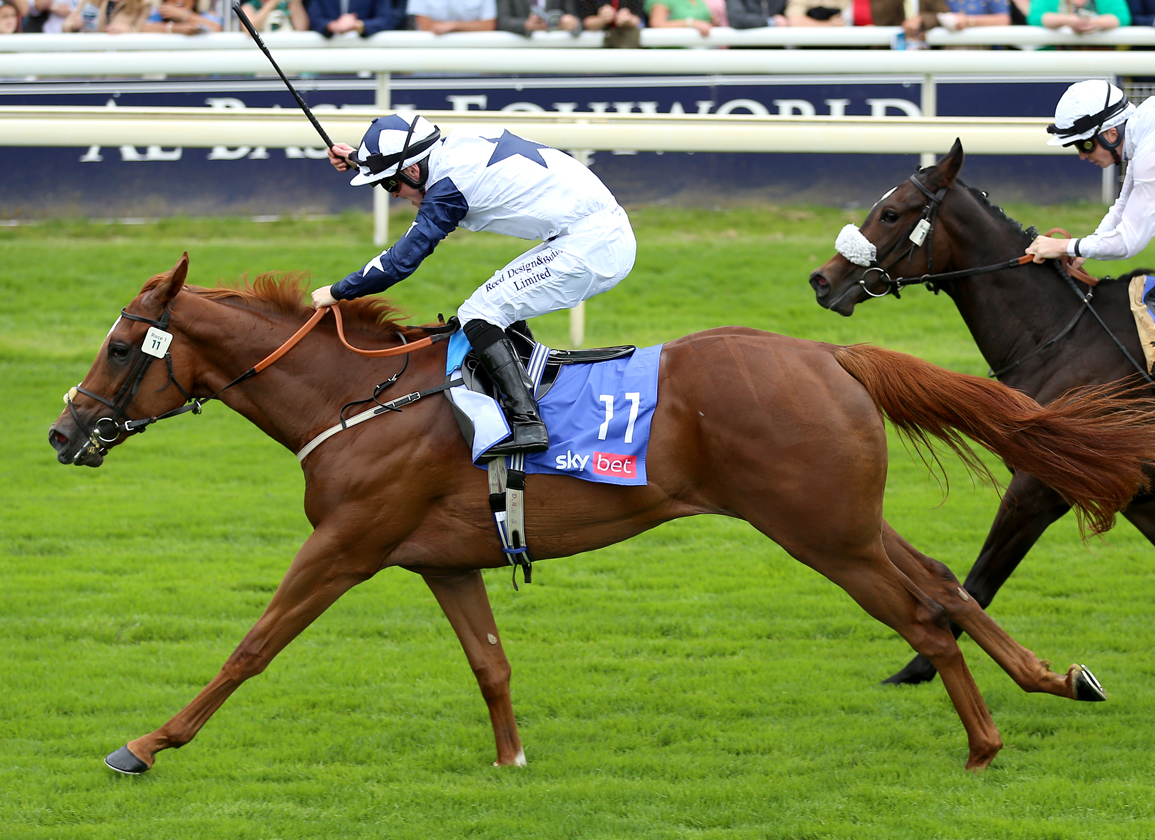 Zain Claudette will run in the Cheveley Park | PA Media

Mathis Stables LLC's Eve Lodge (GB) (Ardad {Ire}) has been supplemented for £20,000 to the G1 Cheveley Park S. at Newmarket on Sept. 25. A winner of the G3 Sirenia S. over the Kempton all-weather ahead of Wings of War (Ire) (Dark Angel {Ire}) and Hierarchy (Ire) (Mehmas {Ire}), later one-two in the G2 Mill Reef S. on Sept. 18, the filly brings the field to 15 for the six-furlong contest.

Trainer Charlie Fellowes said, “The owners have been brilliant–they've put no pressure on her running but have said we'll see what happens with the weather through the week and go from there.

“I was a bit worried about what she beat at Kempton, but it turns out I need not have been–with them being first and second in the Mill Reef.

“You don't get to run in Cheveley Parks very often. She's a very good filly, we've always felt that, so providing the ground isn't too quick I see no reason why we won't take our chance.

“The rain on Sunday helped, and there is the possibility of showers later in the week.”

The four-for-four Sacred Bridge (GB) (Bated Breath {GB}), who won the G3 Round Tower S., flies the flag for Juddmonte and Ger Lyons. Ismail Mohammed's Zain Claudette (Ire) (No Nay Never) enters on the back of victories in the G3 Princess Margaret S. in July and the G2 Lowther S. in August. Sandrine (GB) (Bobby's Kitten), who won the G2 Duchess Of Cambridge S. and three-time group-placed Desert Dreamer (GB) (Oasis Dream {GB}) were second and third, respectively in the Lowther.

Mohammed said, “She's in very good form–we worked her on Monday on the all weather, and she is flying. She's in good nick up to now–we'll work her on grass on Wednesday too. She's changed a lot since the Group 2 and she's doing very, very well.