Change of Direction for Nyaleti 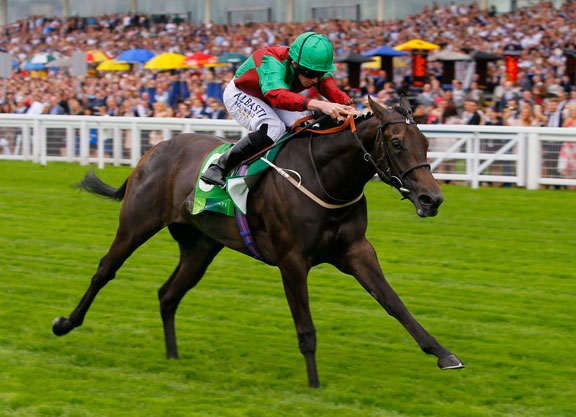 Having proven that she is up there with the better juveniles over six and seven furlongs, Nyaleti (Ire) (Arch) is upped to a mile for Thursday’s G2 William Hill May Hill S. at Doncaster. Only sixth sticking at sprinting in the G1 Prix Morny at Deauville Aug. 20, the impressive G3 Princess Margaret S. winner is going into the unknown here.

“Ryan [Moore] did say after the Princess Margaret he thought this is the direction we should be going in, but we decided to punt, take a chance and go for the Prix Morny,” commented trainer Mark Johnston’s son and assistant, Charlie. “We knew after two furlongs that the writing was on the wall. She just got outpaced and was struggling from a very early stage. Straight after the Morny, we decided we were going to go up in trip. The original plan was probably to go for the Rockfel and increase the trip in gradual steps. We thought we’d make the entry here and saw she was top-rated by nine pounds on Timeform, so we thought it was too good an opportunity to miss. She should go very well.”

Another who went to Deauville last time is Laurens (Fr) (Siyouni {Fr}), a member of the Karl Burke stable going strong with its juveniles who was the only rival able to go with the impressive winner Polydream (Ire) (Oasis Dream {GB}) in the seven-furlong G3 Prix du Calvados last time Aug. 19. “She’s a lovely filly and has got a big future ahead of her, I hope,” her trainer said. “She’s come out of the race in France really well. She was beaten by a potentially good filly in Polydream. The step up in trip will help her although I wouldn’t say she’d want any further than that at this stage on soft ground. I’d have preferred the ground just on the easy side of good, but she’s in great heart.”

Richard Hannon saddles a duo in the Aug. 26 G3 Prestige S. winner Billesdon Brook (GB) (Champs Elysees {GB}) and Tajaanus (Ire) (Arcano {Ire}), who had that stablemate back in third in Sandown’s Listed Star S. July 27. The Shadwell representative went from that to win the G3 Sweet Solera S. also over seven furlongs at Newmarket Aug. 12 and will be tough to beat if she stays this far.