Chance It to Skip Breeders’ Cup 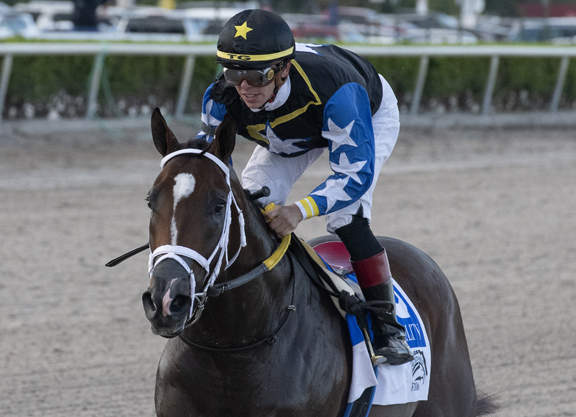 Leading Florida-based juvenile Chance It (Currency Swap) will bypass the GI Breeders’ Cup Juvenile, owner Shooting Star Thoroughbreds announced late Tuesday evening, in favor of the GII Kentucky Jockey Club S. at Churchill Downs Nov. 30. The Saffie Joseph, Jr. trainee boasts three wins and two seconds from five tries, including a last-out romp in the FTBOA Florida Sire In Reality S. at Gulfstream Sept. 28. “He’s run five times in four months, which is a lot for a 2-year-old,” said Shooting Star manager Mary Lightner. “Going to Churchill will give him 60 days between races rather than 30. Ultimately, the well-being of the horse is what is most important.”