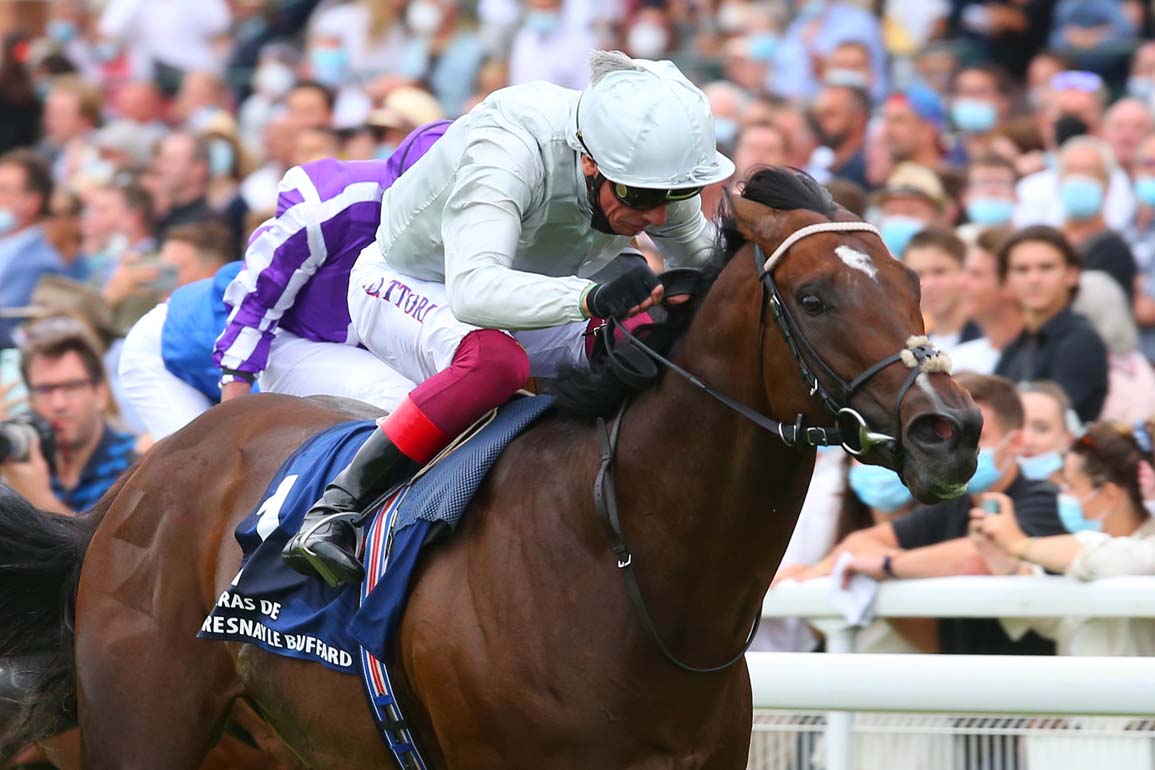 Trainer John Gosden has said that Qipco British Champions Day, where Palace Pier (GB) (Kingman {GB}) has entries in the G1 Champion S. and G1 Queen Elizabeth II S., is likely to be the 4-year-old's swansong before he goes off to stud.

Referring to the fact that an illness has forced Palace Pier to miss last month's G1 Sussex S., Gosden told talkSPORT, “We just managed to get to the [Marois]–he would have been 80-odd per cent ready, he was 10 days short, so two pieces of work really. He was on the wing so a little bit out on his own. He went a length up and then sort of thought he'd done his job, but Kevin [Manning on runner-up Poetic Flare] did a clever job under that rail, going on the quicker ground and was coming back at him.

“The class of Palace Pier got him through, as Frankie [Dettori] said. We were thrilled to win off an inadequate prep. We'll see where we go, it will probably be Champions Day and then off to stud.”

Palace Pier's only loss in 10 starts came when he was third over the soft going in last year's QEII, and Gosden said the ground will play into the decision of whether the horse tries 10 furlongs for the first time in the Champion or sticks to the mile.

“I mentioned 10 furlongs as a possibility and he is in both races, but if it's very soft it would be unlikely,” Gosden said. “If it's good then it would be fascinating, he'd have nothing to lose.”