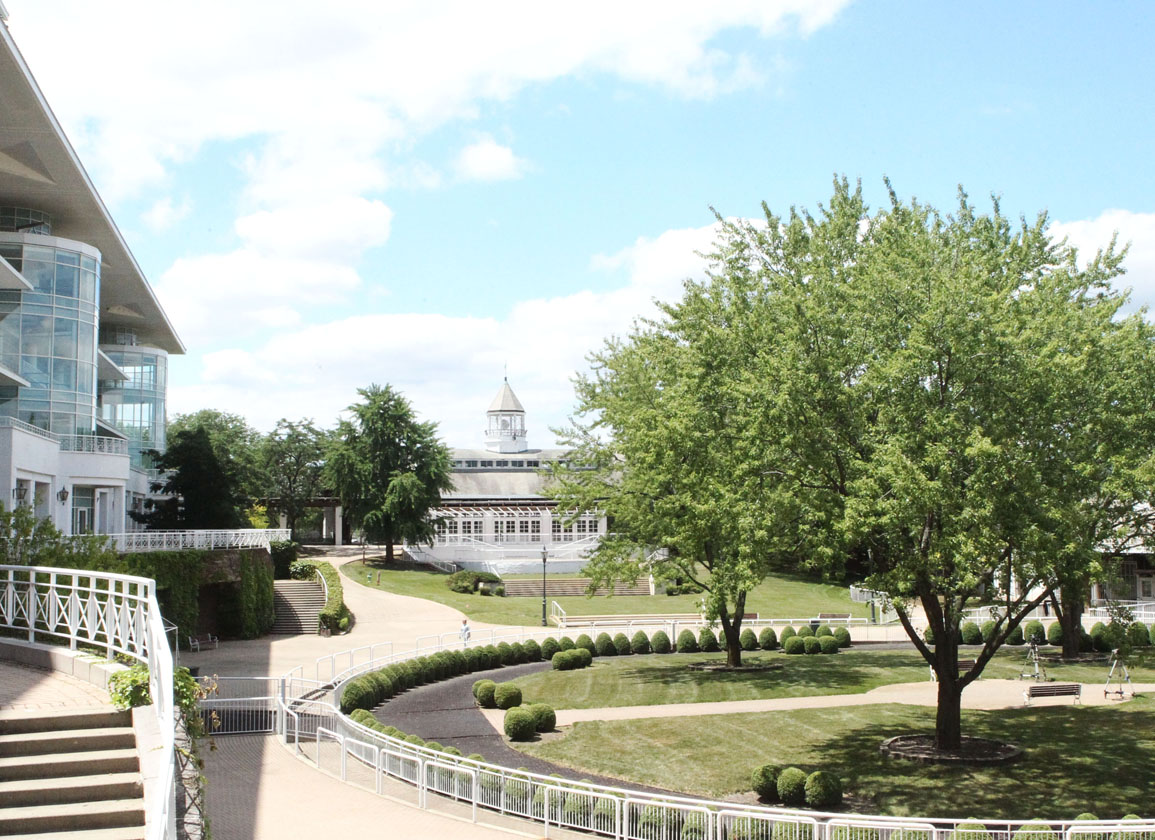 The Illinois Racing Board (IRB) on Thursday deadlocked 5-5 on a vote to allow Churchill Downs, Inc. (CDI), to retain control over simulcasting in 2022 at inter-track wagering (ITW) outlets that the gaming company currently operates under its expiring Arlington International Racecourse licensure. The tie in the voting meant the measure did not advance, and it did not come up for a re-vote.

Several IRB commissioners and executives with the Illinois Thoroughbred Horsemen's Association (ITHA) expressed sentiments that Illinois racing will be better off in the long run without CDI's involvement after the gaming corporation intentionally missed a 2019 racino licensure deadline and then entered a purchase-and-sale agreement this past September to sell the iconic racetrack for development.

But the denial of ITW licensure to Arlington will also create near-term purse revenue problem for Illinois horsemen, because no one will be running those simulcasting facilities until a new licensee gets approved to take them over.

Executives of Hawthorne Race Course have indicated an interest in running the venues that Arlington will be vacating, and earlier this year Hawthorne already started operating several ITWs that Arlington walked away from. But state law dictates the number of ITWs any given track owner can control, and Hawthorne will need that law changed if it wants to operate any ITWs beyond the one parlor remaining under its current allotment.

“When and if presented with any applications for parlors, we'll take action,” IRB executive director Domenic DiCera said after the vote in response to a commissioner's question about what the next steps were in the process. “At this moment, there's no predictive action that we can take. I think it's been well-stated that potential legislative action is required. So [the fate of the ITWs] is undetermined and unknown at this time.”

CDI's president and chief operating officer, Bill Mudd, was repeatedly grilled by commissioners prior to the vote about why CDI wants to retain ITW privileges even though it is in the process of abandoning Arlington, which is widely considered one of the most opulent Thoroughbred tracks in America.

Mudd said the reason CDI wants to run ITWs is “because we are looking for an alternative racing solution in the state of Illinois, particularly in the Thoroughbred side.” He added that once CDI finds that property, they don't want to have to “recreate” an entire network of ITWs from scratch.

But even though commissioners pressed Mudd for specifics on CDI's vision for a new racetrack, no details were forthcoming, as Mudd held firmly to vague, corporate-speak phrasing the gaming company's executives have been uttering for months.

The dialogue soon grew circuitous. Although several commissioners clearly wanted answers, the entire tone of the questioning about why CDI pulled the plug on Arlington stood out in contrast to the perplexing wall of silence that commissioners mostly upheld during the early part of 2021, when CDI's bid-soliciting process for Arlington began.

Commissioner Benjamin Reyes said he didn't believe CDI was truly looking to operate a new racetrack, and he likened what is happening with Arlington to the recent demise of Hollywood Park and Calder Race Course, two other prominent Thoroughbred tracks that went belly-up during CDI's stewardship.

“What's to convince us that you guys are looking for something? I don't think you guys are in the state of Illinois, I'll tell you that much,” Reyes said. “I would recommend to the commissioners that maybe we not give you [an ITW] license, and only consider giving you a license once you come up with a new [track] site. That way you have some motivation to move up finding a location if that's what you really have in the back of your mind.

“In California you did this. In Florida you did this,” Reyes continued, referring to the Hollywood and Calder shutdowns. “And now you did it in Illinois. What's there to [show us] you're operating on good faith? I don't see anything. I'm not convinced of anything that you could do that will help the horse racing industry here.”

“CDI could have applied for placeholder racing dates in 2022 and cobbled together a year or two of status-quo racing while hoping to finalize their development plans,” Henry said. “Instead, they chose to permanently shut down Arlington Park, in the process condemning both [Thoroughbred and Standardbred] breeds to drastically reduced dates next year and an increasingly perilous future.

“As I interpret what I consider the logical intent of state statutes, the conclusion I reach is that CDI must have an organization license for 2022 in order ultimately to conduct inter-track and off-track betting on racing in Illinois. It does not have that license, nor did it apply for one. Simple common sense tells me that should be end of story. But apparently, it's not.”

Henry continued: “By word and deed, after lobbying for and then rejecting the opportunity to apply for a racino license, then jilting the track, I believe Churchill has acted in a manner that directly subverts this board's mission to support and enhance the state's horse racing industry. By that I mean that in no way, shape, or form does shuttering Arlington Park ensure that Illinois remains competitive with neighboring states or stimulate growth within the industry…or encourage the state's breeding programs. In fact, CDI's actions have done exactly the opposite. And we absolutely should not be enabling them…

“To be clear, this is not about looking backward in anger,” Henry said. “This is about looking forward with confidence that the racing industry is not going to once again be blindsided by a corporation driven by objectives not compatible with a healthy racing industry.”
Prior to the vote, David McCaffrey, the executive director of the ITHA, asked commissioners to hold CDI accountable for its cumulative harmful actions.

“On what planet does a racing corporation that lobbied for years and years to get a gaming bill; that chose not pursue the [racino license granted by the] gaming bill, then chose to sell [Arlington] to a non-racing interest when [other] racing interests had submitted bids to buy the property and essentially harm the game beyond repair [get] held accountable?” McCaffrey said.