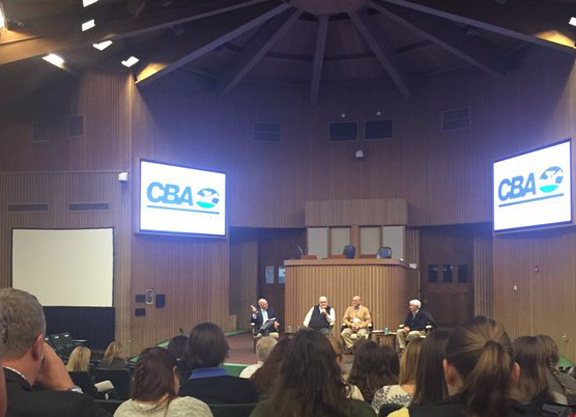 A scene from a pre-COVID CBA symposium

The new lineup of officers and board members of the Consignors and Commercial Breeders Association (CBA) were unveiled at the latest meeting, the organization announced on Tuesday. Lane's End Farm's Allaire Ryan is the new President, replacing outgoing President Gray Lyster, who will continue to serve the CBA as a Past President. Claiborne Farm's Walker Hancock is the new Vice President, while Mark Taylor of Taylor Made Farm is the Treasurer.

“The CBA owes a debt of gratitude to outgoing President Gray Lyster for the time and service he dedicated to this organization and I'm delighted he will continue to contribute to our cause as Past President,” said Ryan. “The CBA is a vital body in today's marketplace, and I am motivated to achieve the goals we have set in order to maintain the best sales environment possible for consignors and breeders.”

In total, the CBA board consists of 15 members: eight from the top 20 consignors and seven from other consignors and commercial breeders. Each year a portion of the board rotates off and new members are appointed to fill the vacant positions.

For more information on the CBA, please visit www.consignorsandbreeders.com.