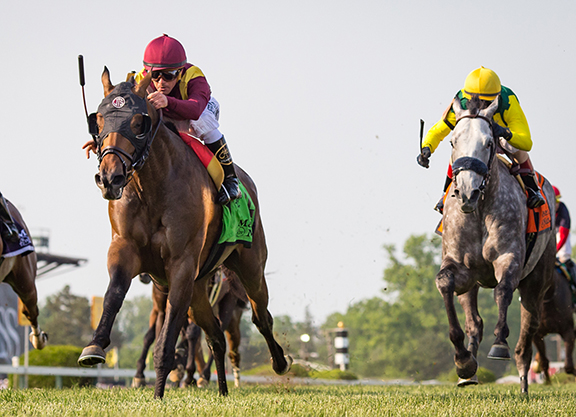 Catholic Boy (More Than Ready–Song of Bernadette, by Bernardini), a Grade I winner on both turf and dirt, has been retired to Claiborne Farm. His fee for the 2020 breeding season will be $25,000 LFSN.

Campaigned by Robert LaPenta, Madaket Stables, Siena Farm and Twin Creeks Racing, the Jonathan Thomas pupil won the GIII With Anticipation S. on turf and the GII Remsen S. on dirt in 2017. He continued to show talent on both surfaces during his 2018 sophomore campaign capturing the GIII Pennine Ridge S. and GI Belmont Derby on the grass and following that with a win in the GI Travers S. on the Saratoga main track.