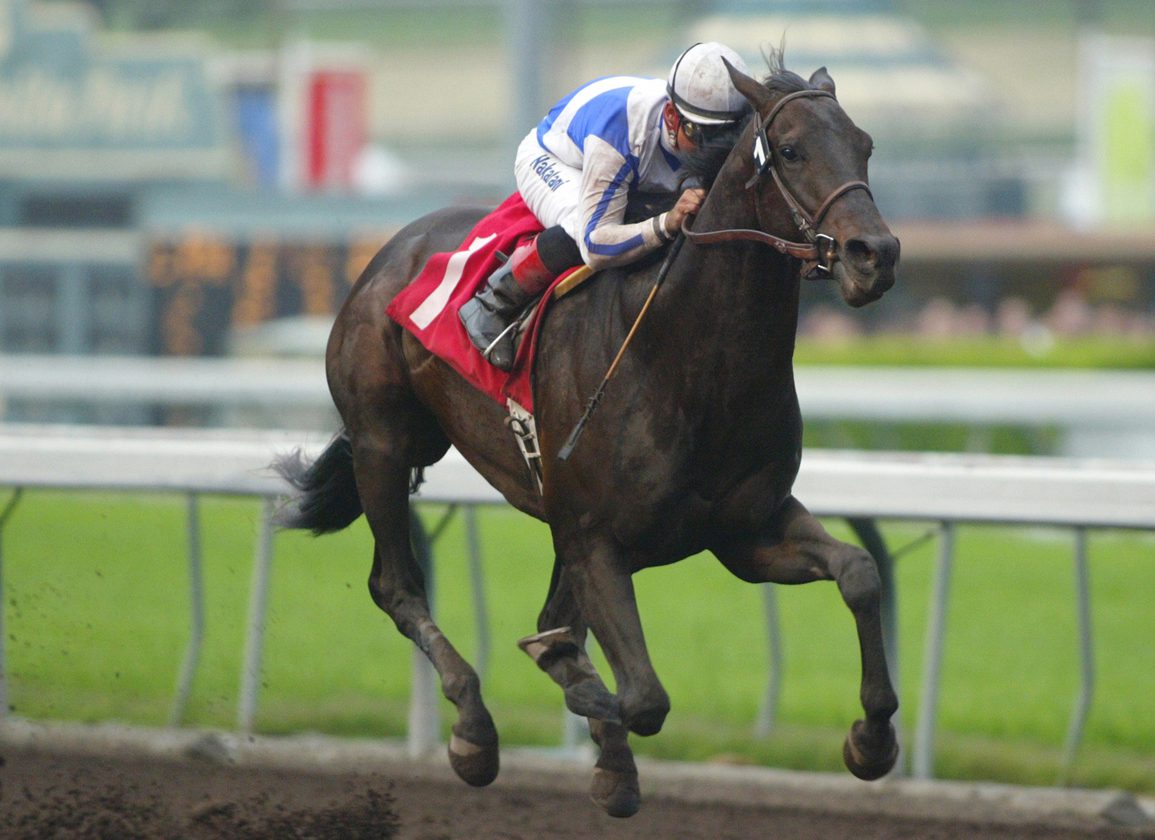 Racing has lost another dedicated owner-breeder with the sad news that Dr. Catherine Wills has died aged 71 after a long battle with cancer. Enjoying success as a breeder in notable races across Britain, Ireland, France and the States, her runners carried the blue-and-white cross-belted colours of her famous philanthropist father Sir David Wills whose broodmares she inherited upon his death in 1999. Among them were the James Fanshawe-trained Flamboyance (Zilzal), whose visit to Dynaformer in the millennium year saw the arrival of the Christophe Clement-trained heavyweight Dynever who raced for a partnership between Wills and Peter Karches and captured the GIII San Bernardino H., was third in the 2003 GI Breeders' Cup Classic and second in the 2005 G1 Dubai World Cup. Four years later, Flamboyance's daughter Flagrant (Rahy) was responsible for a GI Breeders' Cup Dirt Mile and GII Kentucky Cup Classic winner in the Wills-bred Furthest Land (Smart Strike) from the Michael Maker barn.

Operating under the umbrella entity St Clare Hall Stud, Wills utilised the nearby Kirtlington Stud where she also bred Selino (GB) (Champs Elysees {GB}) who she raced initially before selling to Qatar Racing and who won last year's G1 Sydney Cup in the OTI Racing colours. Selino is out of Air Kiss (GB) (Red Ransom), a daughter of her father's celebrated broodmare Applecross (GB)

Among the trainers she was associated with were Sir Henry Cecil, who provided her with listed success with Succinct (GB) (Hector Protector), a relative of Ardkinglass, in 2002; James Fanshawe who saddled her first black-type winner Eilean Shona (GB) (Suave Dancer) in 1999; Sir Mark Prescott, Nicolas and Christophe Clement and Fanshawe's former assistant Kevin Philippart de Foy. It was with a relative of Eilean Shona that she enjoyed her final win in France in a ParisLongchamp handicap last month, the Nicolas Clement-trained Sunray (Ire) (Dawn Approach {Ire}), while at Kempton on Wednesday night the Fanshawe-trained Murau (GB) (Mukhadram {GB}), a grandson of Applecross, paid the ultimate tribute by winning the closing handicap.

A Jockey Club member and art historian, Catherine was also a trustee of the Sandford St Martin Trust, The Dulverton Trust, the HDH Wills Charitable Trust and the Ditchley Foundation which was among the most celebrated of her father's enterprises. She also helped to create the Martin Wills Memorial Trust and was a judge in the Martin Wills Writing Awards, which honoured her brother. Those awards ran for 25 years and offered budding journalists a way into the industry.

A widely respected figure who was generous with her time and cared greatly for her horses' welfare, her funeral is to be held at St Martin's Church at Sandford St Martin, Oxfordshire on Aug. 11 at 11 a.m. There will also be a memorial service at Knockando Parish Church, Moray, Scotland on Aug. 22 at 11 a.m. Garden flowers only.