Castillon's Glory The Result Of Years Of Hard Work 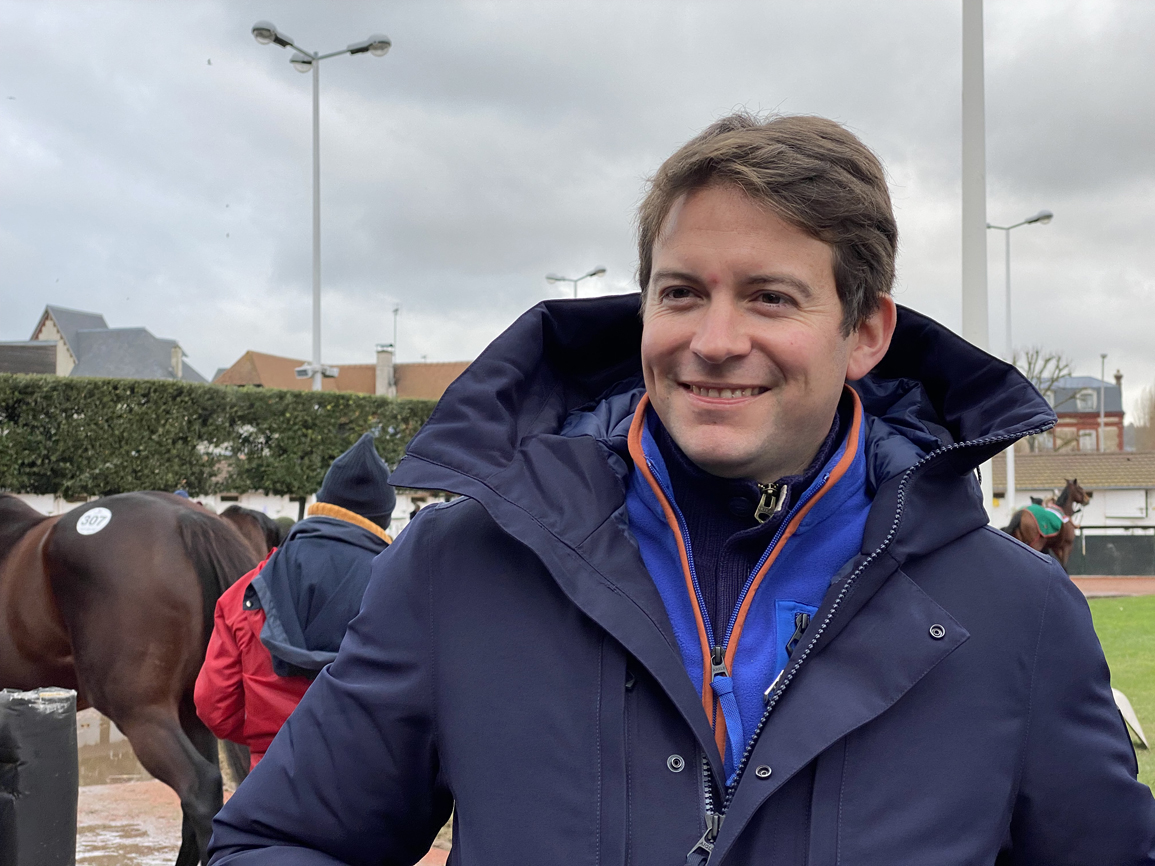 DEAUVILLE, France–When Arqana issued the news, on Oct. 11, that Grand Glory (GB) (Olympic Glory {Ire})—the Group 1 winner raced by a partnership of Albert Frassetto, John d'Amato, and Mike Pietrangelo—would be offered at their upcoming December Breeding Stock sale, there was something curious about the story.

Reading the alert from the TDN, Benoit Jeffroy and the team at Haras de Castillon immediately picked up on it: the story did not list a consignor.

“Amelie [Lemercier] sent me a text, and she said, 'Did you see? She's going to Arqana,'” recalled Jeffroy, sitting in the restaurant above the Arqana sales ring the day after the mare sold for €2.5-million, the second-highest price of the sale. “We read the story, and we had the same thought at the same time.”

Jeffroy continued, “I picked up my phone and called Marco Bozzi [who had originally bought her as a yearling]. We know Marco, because we have been consigning yearlings now for the last four or five years. So I rang him up and I said 'who is consigning the filly?' and he said, 'nobody. The trainer [Gianluca Bietolini], maybe?' I said, 'Well, listen, maybe we can help you guys. There's a little bit of work to do to promote the filly.' He said he would speak to the owners, and they came back and said 'okay, yeah, that's fine.' So we worked together and the result was a €2.5-million filly.”

If that sounds like it was much too easy, it actually was the result of a lifetime of very hard work on Jeffroy's part. The native of Finistere in the Brittany region of Western France grew up on a cattle farm. His father was a cattle breeder and livestock agent, but they also always had a few Thoroughbred mares to breed.

“They bred on a smaller level, but they have been quite successful on that level, and they had a Group 1 winner with Never On Sunday (Fr) (Sunday Break {Jpn}),” he said. “I grew up on the farm around cattle and horses and then one day, it clicked for me when I was 11 or 12, and I really got into pedigrees. I really loved it. Trying to do pedigrees for my parents and my grandfather, I said, 'this is interesting.'”

Jeffroy attended an agricultural school and specialized in their equine program. But he was eager to get out into the world, learn English, and go to work.

When he was 18, he took a job at Cambridge Stud in New Zealand, not speaking a single word of English. He quickly picked up the language, and applied to the Darley (now Godolphin) Flying Start course and was shocked when he was chosen without ever having attended university. He found that a flying start was exactly what the two-year international management course gave him.

“It was my university,” he said. “If you've done the Flying Start, and you've traveled a bit, you can't imagine the number of people you know. And if you have all of that, it's unbelievable. It's a big help at the beginning.”

His first job out of the programme was for Darley, where he spent five years setting up a program to work on nominations from the French marketplace, among other things. But in 2009, his father asked him if he and his brother would take over the farm in Brittany.

“My brother was already a farmer, and so we said, 'okay, we can do that, but we're going to do it our way.' There were nine mares there at the time. We sold six of them.”

In the ensuing twelve years, they have grown the farm in Brittany, SCEA des Prairies, to 300 hectares, where they board around 90 mares for themselves and for clients.

Jeffroy caught the attention of Qatar's Sheikh Joaan, who recruited him to set up Haras de Bouquetot in Normandy for the Qatar Racing operation. Jeffroy continued to run the farm in Brittany with his brother Thomas, as well as Bouquetot, and realized that it would be beneficial to have his own farm in Normandy.

“So I bought Castillon, and I thought, 'it's going to be a small operation,'” he said. “And you know how it goes; you know people, and they ask if you can take their mare. And we can grow, so we grew. We went from 30 hectares to 160 in six years. We are in Livarot, which is about a 40-minute drive from here, and it's a great location. We have access to every kind of facility we need.”

Jeffroy continues to keep all of those balls in the air—dividing his time among the three farms. “We are employed by Sheikh Joaan at Bouquetot, and he gives us the chance to do our own things, so Castillon is my farm,” he said. “Amelie shares her time between the two entities, and that's why she was recruited in 2020. And it's not a question of numbers, it's a question of who is working with you and having a good team, and whether it's Bouquetot or Castillon or Brittany, we have a great team of people on the ground and at the office who do the day-to-day work. I go around to every farm, and I do weekly or monthly strategy meetings, what we want to do for the season. I look at every foal and every yearling every week, but I let the managers do their job. I can't be everywhere, and we have a good team.”

The farm in Brittany continues to turn out top runners, including the exciting 2-year-old filly Zelda (Fr) (Zelzal {Fr}), who they race in partnership with the Franco-American basketball star Tony Parker. Jeffroy learned that Parker was looking to buy a few nice fillies, and his manager, Clement Tropres, was from Jeffroy's hometown of Finistere. After an initial four-hour lunch meeting, Tropres asked him if he had any young fillies who would fit the bill.

“I said, 'yes, there's a yearling filly I really liked. I kept her.' She's a sister to [their homebred] Chez Pierre (Fr) (Mehmas {Ire}), who was unbeaten at that time. She couldn't go to the sales because she had two abscesses behind, so we kept her, but I asked Jean-Claude Rouget if she was worth what I thought. Jean-Claude said, 'She's really good,' so we did a deal and Tony came in. And we've been lucky.”

Maybe never as lucky as they were on Saturday at Arqana. “It was very exciting,” said Jeffroy. “It's our first really big mare that we had to consign and I think we were already thinking it would be a good idea to try to promote better drafts in December in Arqana.”

Castillon is part of a wave of new younger consignors popping up in France, and they watched with interest as Sumbe topped the sale this week with their first-ever consignment.

“We thought there was an opportunity in France to do better,” he said.” We see what is happening in America, and in France, there is this potential. What Sumbe has done is great. We're pretty much thinking the same things at the same time, and it worked out pretty well. We're just starting at Castillon. It's pretty new. We're trying to do better as consignors of stock at the December sale.”

For Castillon, who had already started to make a name for itself in a more local marketplace, having consigned a V2 Yearling sales topper, it was a chance to break into the international spotlight in a big way.

“I think a lot of people now will probably recognize Castillon,” said Jeffroy. “'Oh, yeah, those are the guys who sold Grand Glory.' It's a big help, and it's a good promotion for us. And I'm so happy it went so well for the connections, who are great, great people. We knew Marco, but the owners had no idea who we were. We are a new, young consignor. But they trusted us, and I think we did a great job, so I hope they are happy. Happy team, happy clients.”

And what's the ultimate goal? The likeable 36-year-old struggles with the answer. “To win the Arc? With a homebred from Brittany? I don't know. I'm not a guy who aims for things. I just go with the flow. I just keep working. I have always worked, since I was a kid. And at the end of the day, you have to thank everybody who works so hard for you every day, because Castillon is not only me. There are a lot of people behind it.

“I just take it year by year, we try to improve, have happy clients, that's the most important thing, probably. There's no great aim, really. Should I want a bigger farm? I don't know. I just go like it goes, and see.”