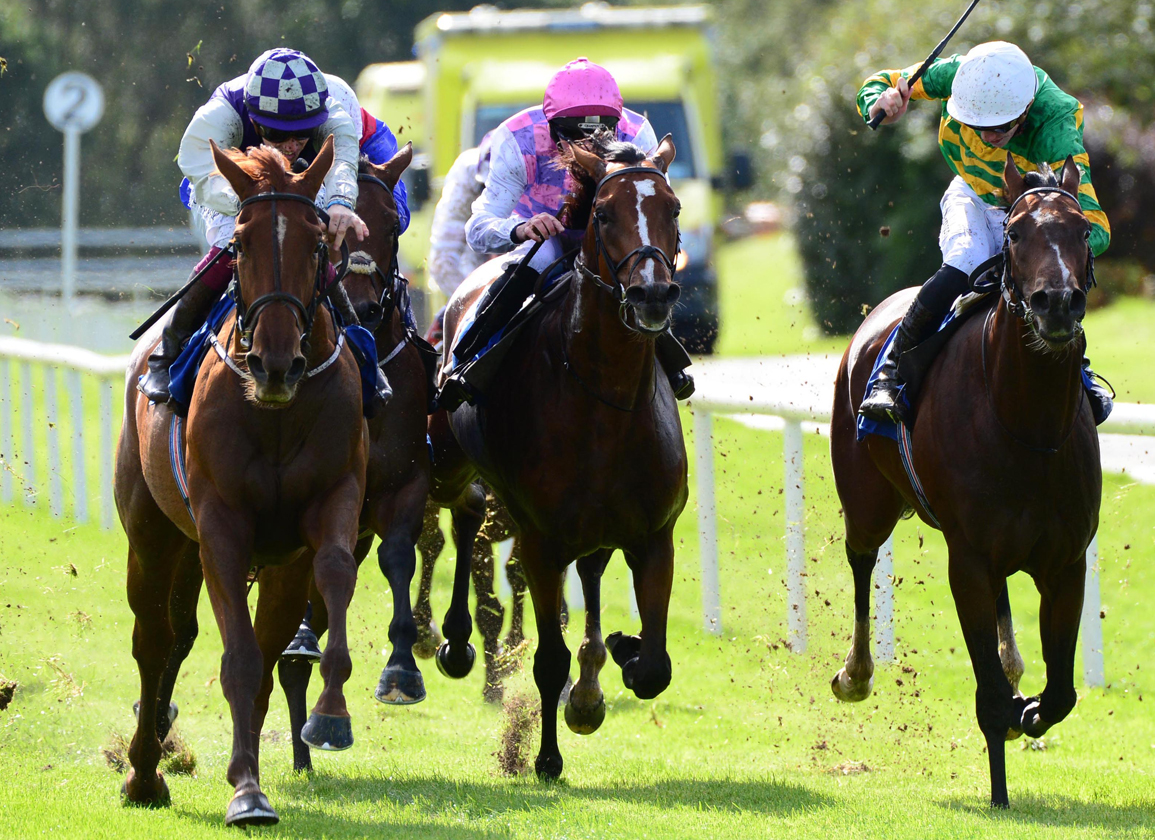 Away from the hustle and bustle of Newmarket and ParisLongchamp, Killarney staged a relatively low-key card on Saturday but the opening Irish Stallion Farms EBF Maiden revealed one to generate excitement in new TDN Rising Star Caroline Herschel (Ire) (Zoffany {Ire}). Homebred by Vimal and Gillian Khosla, the March-foaled chestnut started the mile contest as a 14-1 shot hailing from the in-form Jessica Harrington stable on what looked a demanding debut tackling some well-regarded colts. Worse than mid-division early, she had plenty to do at halfway but came on strong to loom seven-wide on the home turn. Taking control with 1 1/2 furlongs remaining, she drew away to score impressively by 3 1/2 lengths from Comfort Zone (Ire) (Churchill {Ire}), who had been ninth on debut behind another TDN Rising Star in Eclat de Lumiere (Ire) (Sea the Stars {Ire}). Ballydoyle's 11-10 favourite Sun King (Ire) (Galileo {Ire}) was a further 1 1/4 lengths behind in third.

“It was a very good performance first time, as she's a very big filly,” rider Nathan Crosse said of the imposing winner, who is the third TDN Rising Star for her late sire. “She broke well and I thought we went very hard on that ground and I couldn't really go with them. I let her find her feet and turning in we picked up again and once I gave her a shove, she picked up the bridle and did it nicely going away. In the end, I got there too early. She is a very big filly, so obviously hasn't run until the back end of the year but will be a lovely filly next year.”