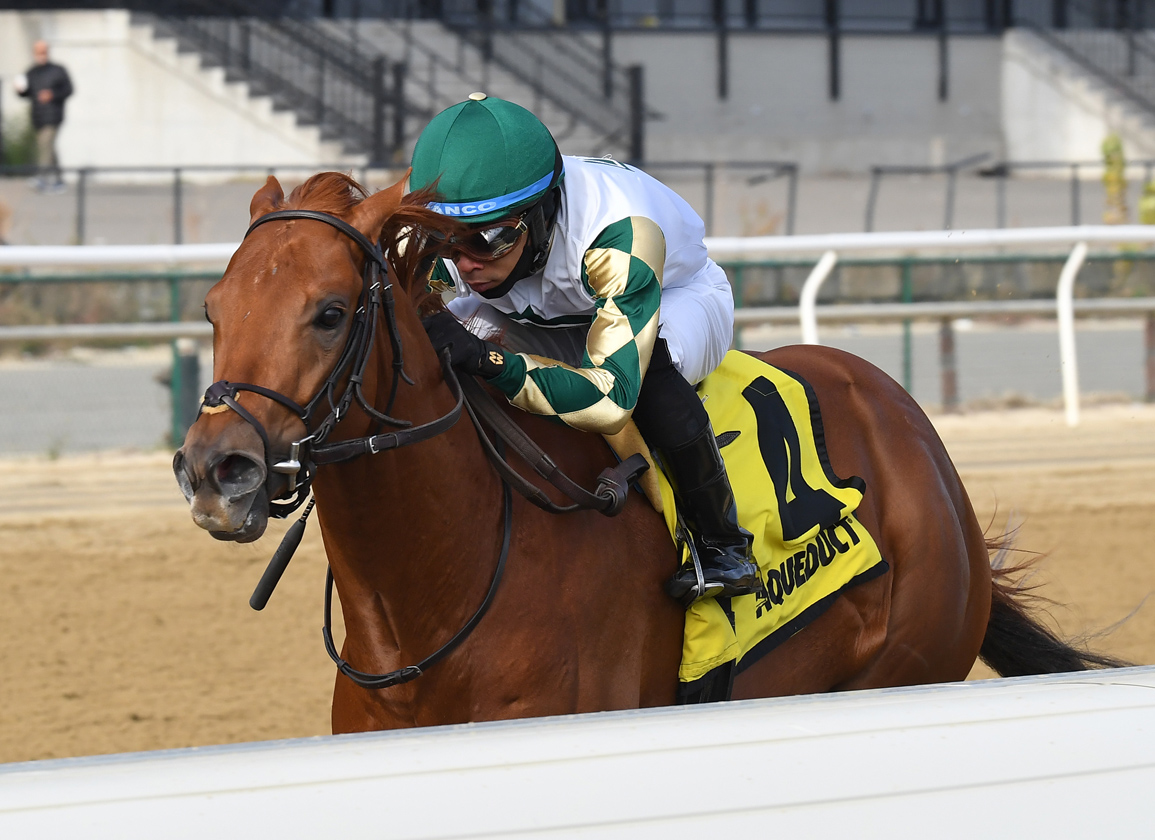 Senbei romped to the third stakes win of his young career with a front-running victory in the Notebook S. at Aqueduct Sunday. The heavy favorite zipped out to the early lead and was in control through an opening quarter in :23.03. He shrugged off Bustin Pietre after a half in :46.59 and sailed home an easy winner.

“I was confident because the jockey [Manny Franco] looked so comfortable on him,” said winning trainer Christophe Clement. “When Carmouche [Kendrick, aboard No. 3, Bustin Pietre] came to him at the three-eighths, I was a little anxious, but at soon as he shook him up at the quarter-pole, I thought he looked comfortable and he won going away. He's a nice horse.”

Franco added, “He's a very nice sprinter. I wanted to break good and then he did the rest. My plan was to go to the lead and slow down the pace if I could. That's how he likes to run. As soon as I made the lead, I didn't feel too much pressure. I was able to slow down the first part and I knew after that I was going to be tough.”

Senbei opened his career with a 4 3/4-length victory going 5 1/2 furlongs at Saratoga July 18 and followed up with a 2 3/4-length win in the 6 1/2-furlong Funny Cide S. at the historic upstate oval Aug. 27. He suffered his first loss when second in the seven-furlong Bertram F. Bongard S. at Finger Lakes Sept. 26, but cut back to six furlongs and returned to the winner's circle in the Oct. 18 New York Breeders' Futurity last time out.

As for what is next for Senbei, Clement said, “He'll have a break now. We've been squeezing him a little bit. He's had five starts. He's a good horse and a fast horse. It will be interesting to see if he can come back next year and stretch his speed a little bit.”

Sweet Aloha has a yearling colt by Union Rags who sold for $60,000 at last month's Fasig-Tipton October sale. The mare was bred to Twirling Candy last spring. Click for the Equibase.com chart or VIDEO, sponsored by TVG.