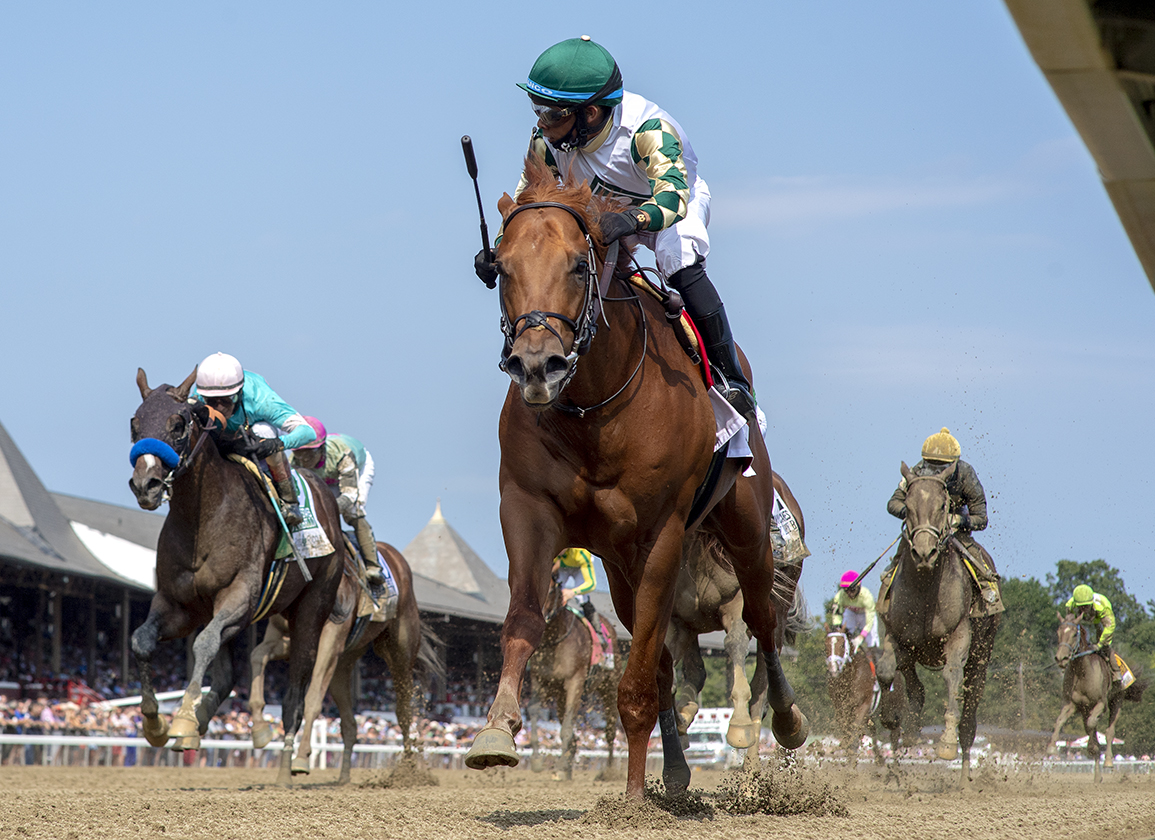 Senbei came out running from the rail and never looked back to beat a good-looking bunch of New York-bred juveniles Friday. A 4 3/4-length debut graduate in the mud here July 18, the chestnut got lost a bit in the wagering but made them pay. Hustled to the front by Manny Franco, Senbei posted strong fractions of :22 flat and :44.88 with Rick Violette S. winner Run Curtis Run (Summer Front) applying the pressure. He left his pursuer in the dust at the top of the lane, and was never seriously threatened from there while stopping the clock in a time that was slightly slower than the filly counterparts went two races early–albeit with Senbei setting faster internal fractions.

“I was surprised he was 8-1,” noted winning conditioner Christophe Clement. “He has trained well and he's a good-looking horse. He has always showed speed. The only instructions I gave to [jockey] Manny [Franco] was to break well and then be comfortable. I thought he did pretty good. He was fast. He's not just a horse, he's a nice horse. Let's enjoy this for a few days and go from there.”

“He didn't break as quick as he has, but he ran right up there which is what Manny wanted to do, is to get him up on the lead,” Dean Reeves said. “But when they were going in :44 4/5, I thought, 'Wow.' I was hoping for maybe :46. Manny said when he got off that he had plenty of horse. He's just a runner.”

The winner, who hails from the extended female family of champion juvenile Capote, has a yearling half-brother by Union Rags. His dam visited Twirling Candy for 2022.