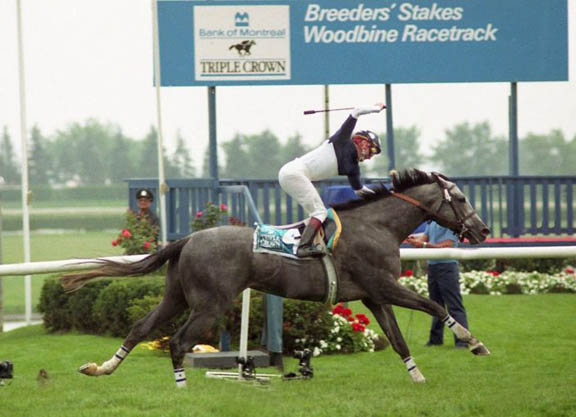 Canadian Hall of Fame jockey Don Seymour, who stamped himself one of the nation's leading riders after riding two Triple Crown winners, died June 26 at his home in Barrie, Ontario. Surrounded by his family, including his mother Mary, at the time of his death, he reportedly had been suffering from chronic obstructive pulmonary disease since earlier this year. He was 59.

Born and raised in Hamilton, Ontario, Seymour was a leading rider in Alberta in the 1980s before relocating to ride at Woodbine Racetrack in Etobicoke, Ontario. Best remembered for sweeping consecutive Triple Crowns in 1988-89 with Kinghaven Farm runners With Approval and Izvestia–both horses would go on to be named Horses of the Year–he also accompanied Canadian champion Play The King, who finished second behind U.S. Sprint Champion Gulch in the 1988 GI Breeders' Cup Sprint en route to Canadian Horse of the Year honors.

Voted the Sovereign Award-winning rider in 1985, 1987, 1989 and 1990, he was honored with the Avelino Gomez Memorial Award in 1995 and was inducted into the Canadian Horse Racing Hall of Fame in 1999. After an early retirement from the saddle in 1994 with 2,141 career wins, including 171 stakes wins, Seymour served as a placing judge and official clocker before leaving the track for good in 2002.

A private family service will be held followed by a public celebration of Seymour's life at a later date. In his memory, donations may be made to the Heart and Stroke Foundation.