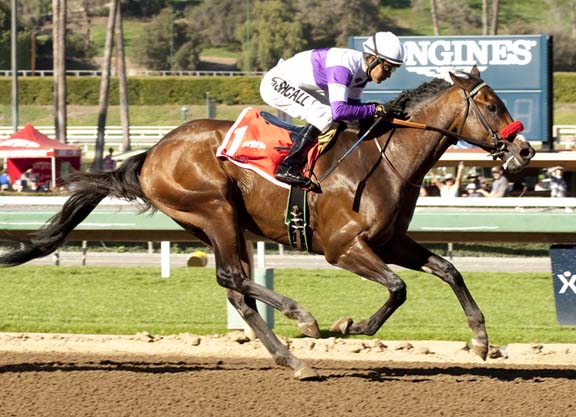 The California Horse Racing Board unanimously passed a final rewrite of Rule 1699 on Thursday, which involves in-race riding regulations and better defines the criteria for disqualifications.

“This has been an 18-month effort…to make the riding rule more specific, with the goal of making judgments by the stewards more consistent throughout the state,” Rick Baedeker, the CHRB's executive director, testified during the board's meeting at Santa Anita Park. “It's one of our most significant rules in the book.”

Thursday's vote to approve the re-written rule was preceded by the unanimous passage of two relatively minor amendments, which might trigger yet another 45-day public comment period before the new regulation can be adopted. But CHRB staffers indicated they would check with the state's Office of Administrative Law to see if that comment period can be reduced to 15 days because the changes are “non-substantive” in nature.

Culminating a review process that began in 2014, the entire first subsection of the old rule has been stricken and rewritten, setting the tone for five newly tweaked subsections that follow.

The old rule began: “A leading horse is entitled to any part of the course but when another horse is attempting to pass in a clear opening the leading horse shall not cross over as to compel the passing horse to shorten its stride.”

The new rule begins: “A horse shall not interfere with any other horse. Interference is defined as bumping, impeding, forcing or floating in or out or otherwise causing any other horse to lose stride, ground, momentum or position.”

Another change eliminates the word “willfully” from the subsection that deals with striking another horse.

“That happens all the time,” said commissioner Alex Solis, who is also an active rider in California. “[A jockey] should be disqualified, even if you didn't mean to.”

Under subsection (f), stewards are now compelled to issue a greater penalty for more than one infraction of Rule 1699 within any contiguous 60-day period or any infraction “which, in the opinion of the stewards, jeopardized the safety of another horse or jockey.”

One of the amendments voted in on Thursday reduced the time frame in the above-stated subsection from 90 to 60 days. The other dealt with striking the phrase “according to the distribution of the purse or the order of finish in a trial heat” when stewards are determining whether an infraction caused a horse to lose an opportunity for a better placing.