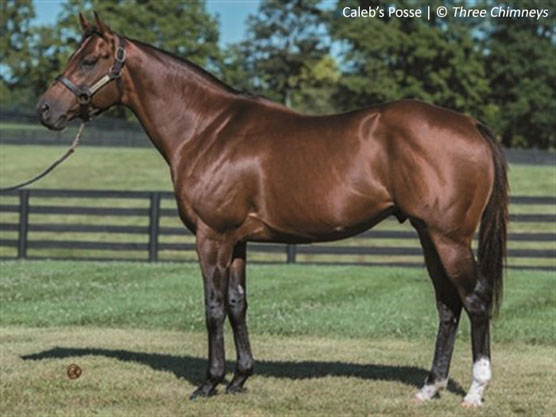 Caleb's Posse (Posse–Abbey's Missy, by Slewacide), the multiple Grade I winner who has stood at Three Chimneys Farm since entering stud in 2013, will record to River Oaks Farm in Sulfur, OK, the farm announced Thursday.

“I'm excited about getting Caleb's Posse to Oklahoma where his first three dams were raised and where his damsire, Slewacide, a perennial leading sire in Oklahoma, stood for many years,” said co-owner Everett Dobson, who will retain an interest in the stallion and continue to support him in Oklahoma. “We think he is excellent for the state-bred program and a great opportunity for breeders in Oklahoma to take advantage of a two-time Eclipse Award nominee and one of the most impressive racehorses of his generation.”

Trained by Donnie Von Hemel, Caleb's Posse won eight of 19 starts during his racing career, including victories in the 2011 GI King's Bishop S. and that year's GI Breeders' Cup Dirt Mile, and retired with earnings of $1,423,379.