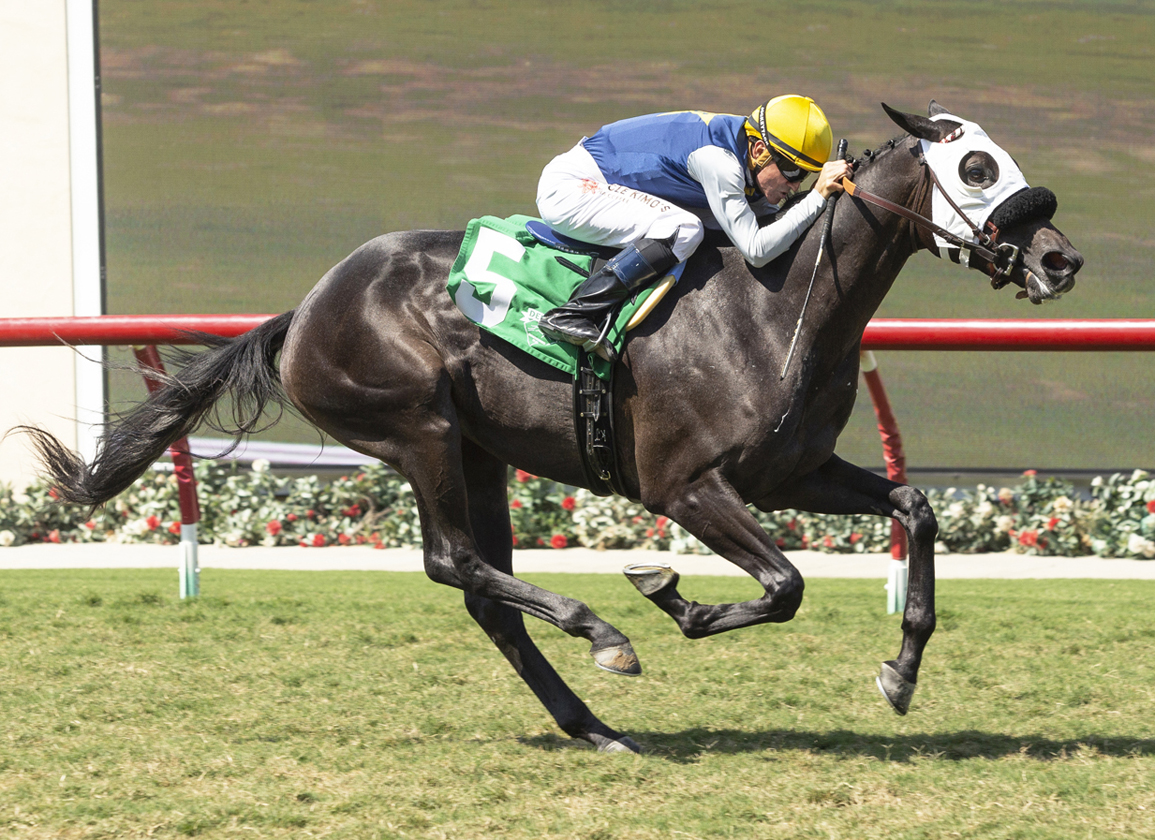 There wasn't much on the grey's worktab to catch the eye, and she was unveiled here by the typically patient Bob Hess, Jr. outfitted with blinkers and a shadow roll. Walking out of the gate, Cairo Memories tugged her way up between horses past the stands for the first time and was in midpack and off the inside by the time they took the first turn. She continued along under a snug hold behind a :48.67 half, and was up into fourth midway around the home bend. Kent Desormeaux gave the cue to quicken after six panels in 1:13.47, and she gobbled up ground to seize the lead before streaking away under good-looking strides, bumping the margin to 4 1/2 lengths at the line. Second timer Peanut Butter Cup (Candy Ride {Arg}) completed the exacta for the Hess barn.

The 15th juvenile winner this year and third 'Rising Star' in his stallion career for Airdrie Stud's Cairo Prince, Cairo Memories is a full to Cariba, SW, $221,750, a $400,000 KEESEP yearling who won Saratoga's Caress S. last year. A $50,000 September yearling herself, Cairo Memories's Collected half-brother is cataloged as hip 1511 in this year's upcoming auction. Cairo Memories is out of a half-sister to GSW Hello Liberty (Forest Camp) and to the dam of GSW grassers Significant Form (Creative Cause) and Hay Dakota (Haynesfield).