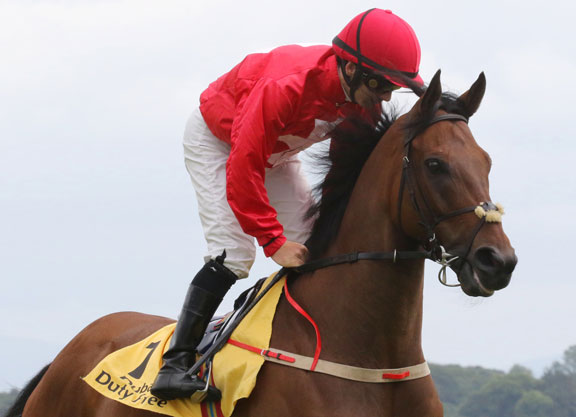 Multiple Group 1-winning sprinter Gordon Lord Byron (Ire) (Byron {GB}) is reported to be none the worse for the wear by trainer Tom Hogan after finishing second to Home Of The Brave (Ire) (Starspangledbanner {Aus}) as the favorite in The Curragh's G3 Minstrel S. Sunday. Hogan said the 7-year-old gelding failed to handle the soft ground.

“He seems fine this morning,” the conditioner said. “For some reason he just couldn't get traction on that ground. He ran a good race; it's hard to give 12 pounds away to a decent horse and he was giving five pounds to a horse rated 111 in third [Sovereign Debt]. I don't know whether the ground was tacky or what, but he didn't like it and it's just one of those things.”

Hogan said the next stop for the Cyrus Poonawalla and Morgan Cahalan colorbearer would be the G1 Prix Maurice de Gheest Aug. 9.

“We'll head on to the Prix Maurice de Gheest now and then come back for the Haydock Sprint Cup,” he said. “After that he'll follow the same path as last year.”