Bumper Saturday For Juveniles at HQ and Beyond 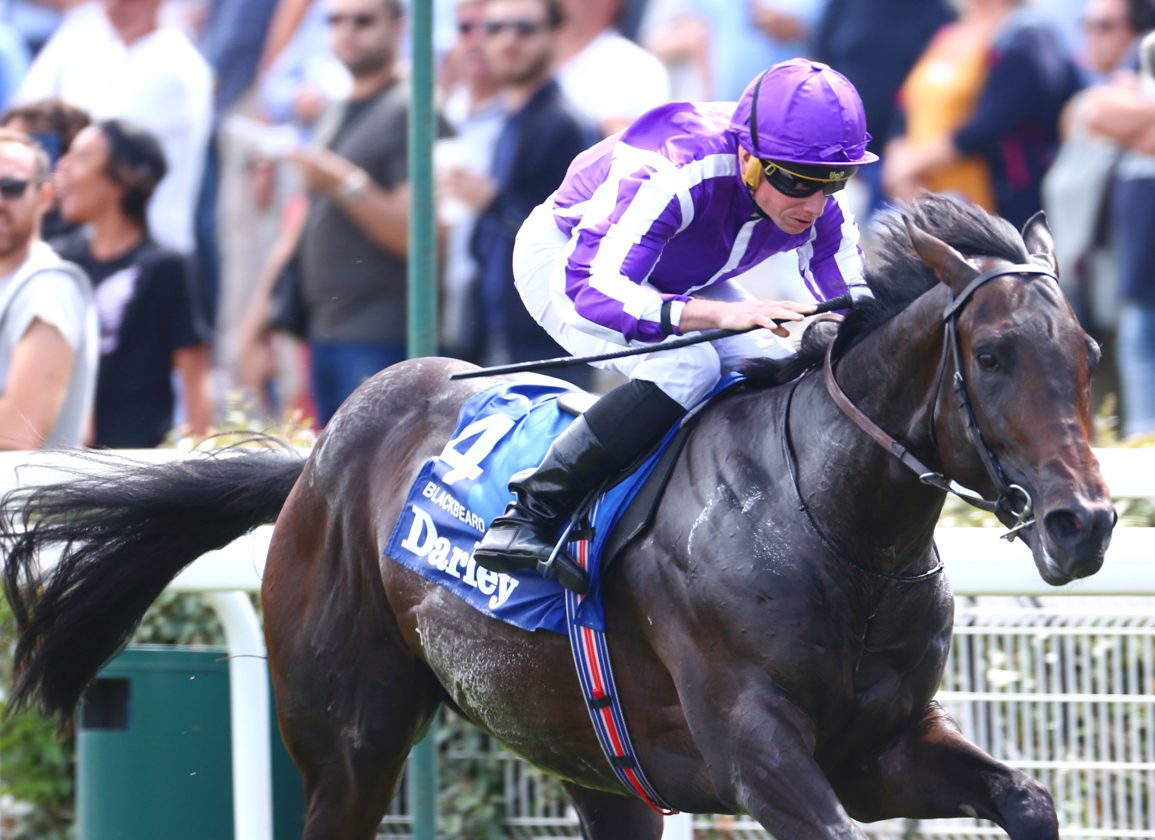 Newmarket's three-day Cambridgeshire meeting's titular event, the annual nine-furlong cavalry charge boasting a purse of £200,000, is overshadowed by two Group 1 championships on a bumper Saturday of juvenile action at Headquarters and beyond.

Richard Hannon resident Trillium (GB) (No Nay Never) has displayed plenty of zip in all four prior starts and embraces a return to six furlongs after annexing Goodwood's G3 Molecomb and Doncaster's G2 Flying Childers over five. She shed maiden status in style when tackling a downhill six at the Sussex track in July and her trainer expects a reboot to suit the April-foaled bay.

“She held the track record for a matter of minutes [after the Molecomb],” he revealed. “Then, at Doncaster, she beat the filly [The Platinum Queen] who beat her track record. I won this in 2014 with Tiggy Wiggy and she had a lot of speed, but Trillium has a lot of scope and only gets going a furlong out. I've always thought she wants six furlongs and I'm very hopeful.”

Saturday's £275,000 G1 Juddmonte Middle Park S. is also blessed with quality and a field of eight will assemble for another dash across the final three-quarters of Newmarket's Rowley Mile. Coolmore and Westerberg's G3 Marble Hill and G2 Prix Robert Papin victor Blackbeard (Ire) (No Nay Never) will bid to become the ninth colt this century to have garnered France's G1 Prix Morny en route to glory here, a list which includes former Ballydoyle luminary Johannesburg (Hennessy). The February-foaled bay, whose year-younger full-sister is catalogued as lot 93 on day one of Goffs' forthcoming Orby sale, renews rivalry with Amo Racing's ultra-consistent G2 July S. winner Persian Force (Ire) (Mehmas {Ire}), who ran second in the G1 Phoenix S. before occupying the same slot in the Morny.

“I'm going in there with a horse we know is good enough,” insisted the latter's trainer Richard Hannon. “He has lasted all year and he has proved himself at the top level. Blackbeard is a very good horse who probably beat us fair and square in France, but half a length is the sort of margin to have another go at him with. We have everything to gain and nothing to lose.”

Qatar Racing's four-length debut winner Zoology (GB), who was a 90,000gns Tattersalls December foal and trainer James Ferguson's first juvenile scorer of the campaign, doubles up for the sire and flies the Southern Cross in the G1 Juddmonte Middle Park. Bold shows from either, or both, should cap a fine week for the Tweenhills operation which recently revealed the G1 Golden Rose S. and G1 Coolmore Stud S. hero is to shuttle this way for the 2023 breeding season.

Opening HQ's seven-race programme, the one-mile G2 Juddmonte Royal Lodge S. has attracted a field of four, with the winner entitled to a fees-paid berth in the GI Breeders' Cup Juvenile Turf at Keeneland in early November.

With three 'TDN Rising Stars', all subsequent multiple Group 1 winners, already in the race's hall of fame–Jukebox Jury (Ire) (Montjeu {Ire}), Frankel (GB) (Galileo {Ire}) and Best Of Days (GB) (Azamour {Ire})–Godolphin's Flying Honours (GB) (Sea The Stars {Ire}) qualifies as the only contender attempting to become a fourth such victor. He carries the best form into this test and ratified a 9 1/2-length demolition at Sandown in July with another daylight exhibition in last month's Listed Stonehenge S. at Salisbury. Aidan O'Brien, on the lookout for a record-equalling eighth renewal, is represented by Roscommon maiden scorer Greenland (Ire) (Saxon Warrior {Jpn}).

Getting Two Little Ducks In A Row

Of the many records Aidan O'Brien does not track, none matches his vice-like grip on Saturday's seven-runner G2 Alan Smurfit Memorial Beresford S. at the Curragh, with the modern maestro poised on an astonishing 21 wins in the one-mile juvenile test. Azamour (Ire) (Night Shift) and Sea The Stars (Ire) (Cape Cross {Ire}) are two of just four to have interrupted the sequence since Johan Cruyff (GB) (Danehill) set the ball rolling in 1996, that first win coming five years after the trainer's namesake and original Ballydoyle denizen, Vincent, claimed the last of a then-record 15 with El Prado (Ire) (Sadler's Wells).

Sunday's European highlight is a mouthwatering edition of Cologne's G1 60th Preis von Europa, with seven declared for a 12-furlong cracker at the Weidenpescher venue.