Bumper Books For Busiest Stallions of 2020 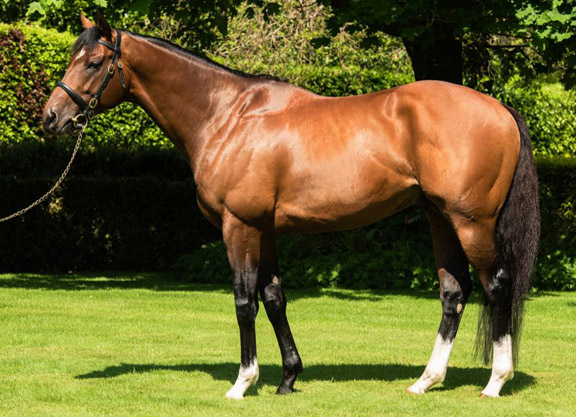 The coronavirus pandemic may have come into full force halfway through the 2020 covering season but, generally, breeders appear to have stuck to their plans and carried on with their matings. The total number of coverings did drop slightly to 19,961 (from 20,819) with 19% of the mares in production being sent to a stallion with a book in excess of 200.

This year, according to the recently published Return Of Mares from Weatherbys, there were 17 stallions in Britain and Ireland in that bracket, 12 of which are standing at National Hunt studs. Of the Flat stallions, Coolmore's dual Guineas winner Churchill (Ire) was kept busiest, with 250 mares on his list, and he was one of three sons of Galileo (Ire) in the top 20 on book sizes, along with Frankel (GB) on 175 and Gleneagles (Ire) on 173.

One freshman sire, Tally-Ho Stud's Inns Of Court (Ire), commanded more than 200 mares, and was second overall with 218. His fellow first-season sires Blue Point (Ire), Magna Grecia (Ire), Calyx (GB) and Soldier's Call (GB) all made the top 20, with the latter all but matching his sire Showcasing (GB) for popularity.

Building on his success as the champion first-season sire of 2019 was Night Of Thunder (Ire), who led the Darley stallions with 213 mares.

Sea The Stars (Ire) and his son Sea The Moon (Ger) both made the top 20 on 206 and 164 and, notably, another son of Sea The Stars, the 2016 Derby winner Harzand (Ire) received some decent support from a number of National Hunt breeders and covered 142 mares in total, up from 95 last year.

Middle-distance Flat stallions often find a boost in popularity once switched to the National Hunt sphere and the latest to have benefited from that change of fortune is the former Gestut Fahrhof stallion Maxios (GB). Sons of Monsun (Ger) have long been prized assets in the jump sire world and Maxios was the most active of all stallions in Britain and Ireland this season, covering 298 mares.

There was a fair bit of gnashing of teeth when Sir Evelyn de Rothschild's Crystal Ocean (GB), the joint-highest-rated horse in the world last year, was retired straight to The Beeches Stud without being given a chance among the Flat sires, but it's hard to argue with the commercial sense of this decision as the son of Sea The Stars covered 280 mares in his first season—30 more than the busiest of the Flat boys.

Poet's Word (GB) lasted just one season at Shadwell's Nunnery Stud, where he covered 30 mares, and once transferred to Boardsmill Stud in Ireland he was another to enjoy a boost in support, with 221 mares covered in 2020. Similarly, the Derby winner Wings Of Eagles (Fr) received limited support in his debut season at his home stud of Haras de Montaigu, where he covered 62 mares in 2018. Switched to The Beeches Stud he has covered more than 200 mares in the last two seasons. Eight of the 12 jump stallions with books in excess of 200 stand under Coolmore's National Hunt division, which consists of 17 sires in total.

Berkshire (Ire) is another to have benefited from a switch of codes, as did his late sire Mount Nelson (GB). When he started out at Haras de Gelos in France in 2018, Berkshire covered 22 mares. This year, in his second season at Kedrah House Stud, he sneaked into the 200 Club on 201.