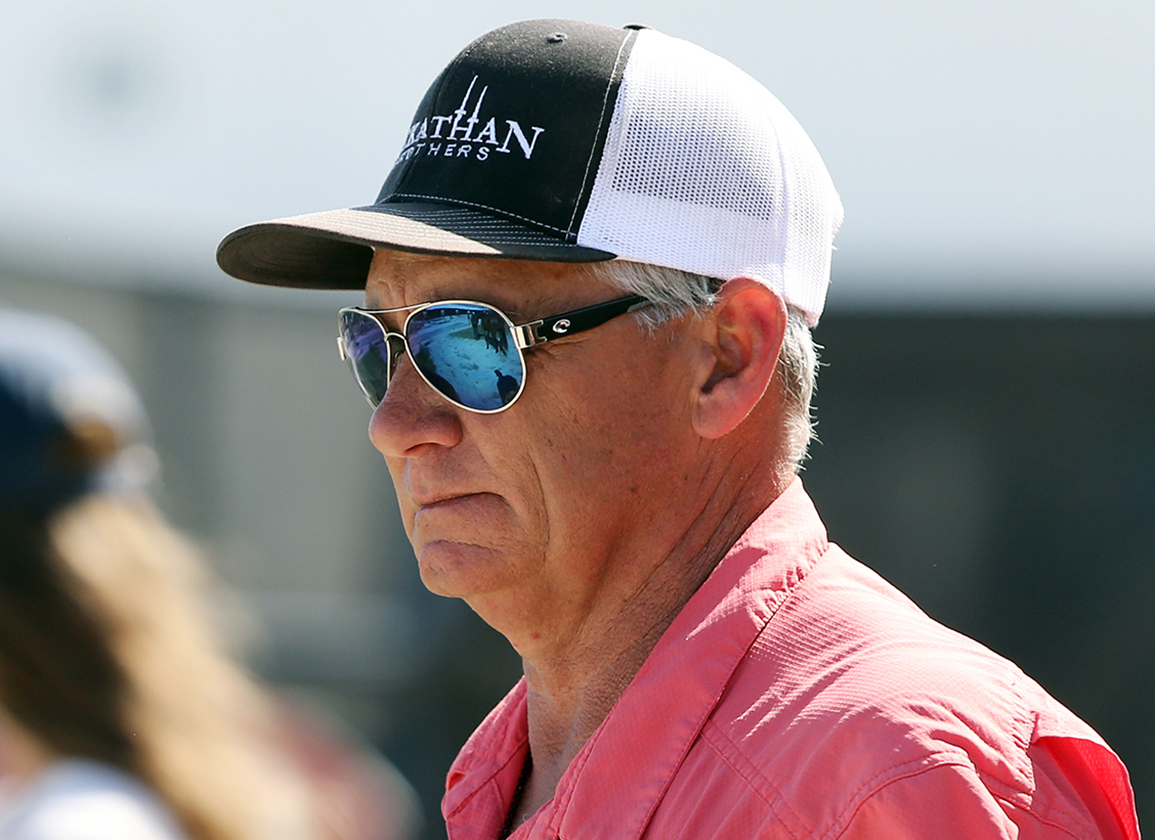 A colt by Quality Road (hip 856) turned in the fastest furlong work of Sunday's final session of the under-tack show for next week's Ocala Breeders' Sales Company's June Sale of 2-Year-Olds when he became the third juvenile of the show to work in :9 4/5. The bay is consigned by McKathan Bros. Sales, agent, on behalf of breeders Fred Hertrich, III and John Fielding.

“He's been fast all year and I thought he'd go fast today. He held up his end of the bargain,” said consignor Kevin McKathan.

The colt, who RNA'd for $100,000 at last year's Keeneland September sale, is out of graded-placed Tulira's Star (Congrats), a half-sister to graded winner Mountain General (Mountain Cat).

“He is a really, really pretty colt,” McKathan said of the youngster. “He's medium-sized, which I think you get with a Quality Road. But he's a really pretty horse on the end of the shank. He looks plenty fast and hopefully the pedigree will carry him on out.”

A colt by Quality Road (hip 816) out of stakes winner Surfside Tiara (Scat Daddy) worked in :20 4/5 for de Meric Sales. Bred by Bridlewood Farm, the bay worked a furlong in :10 flat before RNA'ing for $400,000 at the Fasig-Tipton Gulfstream Sale in March.

A colt by Distorted Humor (hip 827) worked in :20 4/5 for Top Line Sales. The bay is out of stakes-placed Tally Ho Dixie (Dixieland Band) and is a half to stakes winner and graded placed Kyriaki (Scat Daddy). Purchased by Phantom Bloodstock for $80,000 at last year's Keeneland January sale, the juvenile RNA'd for $95,000 following a :10 2/5 work at the Fasig-Tipton Gulfstream sale.

A son of first-crop sire Practical Joke (hip 835) worked in :20 4/5 for Wavertree Stables. Out of Tessie Flip (Grand Slam), the dark bay is a half-brother to stakes winner and graded placed Jo Jo Air (Scat Daddy). He was purchased by Ron Fein's Superfine Farms for $225,000 at last year's Keeneland September sale.

“As usual this track is tougher later in the day,” McKathan said of conditions during the week. “As it heats up, it gets a little tougher to get over. But I do think that it helped to shorten the days and get started earlier. It felt fair, as fair as they could be. Obviously, if you're going out in the first set, you felt better about it then leading them out there in the end. But really, horses were breezing well throughout the day, so it was hard to gripe too much about it.”

The June sale brings the curtain down on what has been a very strong 2-year-old sales season.

“I think all of the sales have been so competitive, it feels like a lot of people are still unable to get the top-quality horses anyway,” McKathan said. “You had to get in there and really fight for them. I think, as always, the higher-end horses will be well shopped and then hopefully, the market holds right through. I think it's been a great year and everyone has been kind of excited to get back at it or at least get everything back on a regular time frame. We are hoping to get that middle market held up better here, we'll see what we get. But I believe the market will be good.”

The OBS June sale will be held Wednesday through Friday. Bidding begins each day at 10:30 a.m.