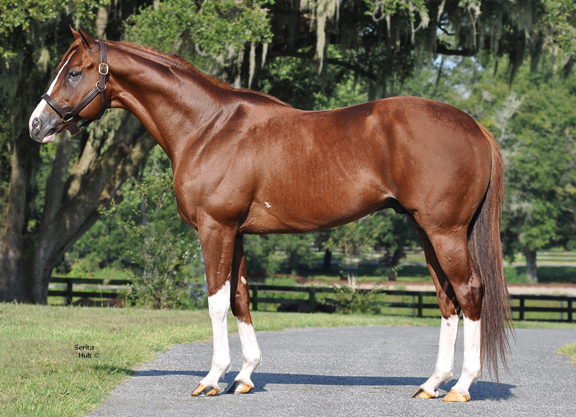 The “Bucchero Loyalty Lock-In: Breed Twice, Lock In the Price” incentive enables breeders who breed a mare to the splashy chestnut in 2020 and 2021–same mare or different mares–to breed at that stud fee in each of the next three sesaons.

“So many breeders in Florida have supported stallions early in their career and watched their foals help make the stallion, only to then get priced out when the stud fees get raised to two or three times their initial fee,” said Malter. “Stallion owners have every right to raise the stud fees of successful stallions, we just feel that loyalty and support needs to be rewarded. These early breeders are our partners in making Bucchero. If he hits, it is very important for us to make sure the breeders have been rewarded for their loyalty.”

Bucchero covered a book of 130 mares during his first year at stud in 2019.

“We were absolutely thrilled to see so many Florida breeders be won over by Bucchero's record, exceptional physical and, most importantly to us, the class he exudes,” said Malter. “Bucchero's success in his first year was a real testament to the breeders in Florida who were the foundation of many successful Florida stallions in the past.”