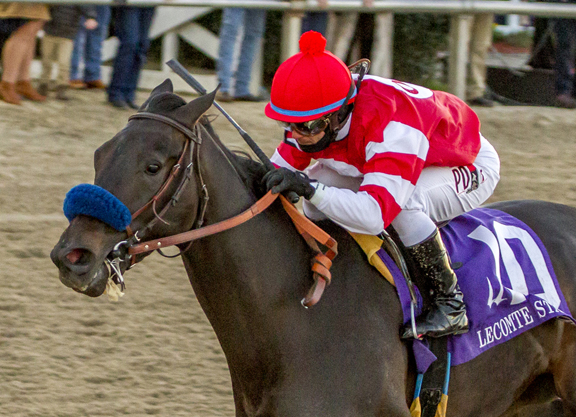 The winner of the inaugural renewal of the GI Pegasus World Cup Turf Invitational S. with newly crowned Horse of the Year Bricks and Mortar (Giant's Causeway), the Chad Brown-trained triumvirate of contenders offer an imposing line of attack in giving the four-time Eclipse Award winning trainer his second consecutive edition of the Gulfstream race. The graded-stakes winning Instilled Regard (Arch), Without Parole (GB) (Frankel {GB})-winner of the 2018 G1 St. James's Palace S.–and the up-and-coming Sacred Life (Fr) (Siyouni {Fr}) appear to have the trainer's bases covered.

“His first race for us in the Breeders' Cup was a tall order and he really did well,” said Brown of Without Parole, who finished third in his U.S. debut in the Nov. 2 GI Breeders' Cup Mile. “He ran extraordinarily well. We freshened him up just a touch and pointed him to this race. I think he's coming into it well. I don't think the distance will be a problem for him. He drew a good cozy post inside [post 3] and I'm excited to see him run.”

However, a host of challengers will look to take home the big prize for themselves. Leading the pack is Bardy Farm and OG Boss's Mo Forza (Uncle Mo), who rides a four race winning skein. Off the duck in September after five earlier attempts along the Southern California circuit, the bay added a score in the nine-furlong GII Twilight Derby on the Breeders' Cup undercard and made it three straight with a narrow victory in the GI Hollywood Derby Nov. 30. Farther back than usual in the early going of the Dec. 28 GII Mathis Brothers Mile S. at Santa Anita, he produced a good turn of foot late to win by 1 1/4 lengths. Joel Rosario, who was aboard for two of the 4-year-old's latest wins, gets the call Saturday.

Woodlane Farm's Sadler's Joy (Kitten's Joy) has shown an affinity for the Gulfstream Park turf course and will try to add to his prior two graded wins over the course in the 2017 Pan American S. and the 2018 Mac Diarmida S. With only four races under his belt in 2019, he was sixth-beaten only 1 1/4 lengths-while failing to find racing room in the late going on the 11-furlong GII Bowling Game S. July 27 before just missing to Annals of Time (Temple City) in Saratoga's 12-panel GI Sword Dancer S. Aug. 24. Third as the lukewarm favorite in the GI Turf Classic Invitational at Belmont Oct. 5, the chestnut returned to win by a confident two lengths in the Nov. 23 GIII Red Smith S. at Aqueduct Nov. 23. Not known for blistering works in the mornings, trainer Tom Albertrani was impressed with the homebred's five-furlong work in 1:03.4 (XBTV) over the Palm Meadows dirt Jan. 20.

“I think he went really well,” said Albertrani following the work. “He's been training really well since he came down to Florida after the Red Smith. It was the usual kind of work for him. I really liked the way he came down the lane, doing it pretty really easy and looking really smooth, so all systems are go.”

Albertrani, who has had the chestnut throughout his racing career, thought he was seeing tell-tale signs that his horse sitting on a top race.

“When he starts dragging his rider around, and is a handful for the rider, I get the indication that he is on the muscle and that is historically, when he's run his best races. He's 7-year-old, looks great and still going strong.”

“I think the way the competition looks, I think he sizes up well with the competition. Distance wise, we're probably a little up against it going a bit shorter than he likes but he has it in him. He ran some big races, including the one in the [2018] Manhattan going a mile and a quarter beaten only a neck. He's got a good kick, it all depends on the pace-scenario for him, whether we get a good pace up front and we get a good trip. But as far as the competition goes, it's a solid field but I think he fits in well with that group.”