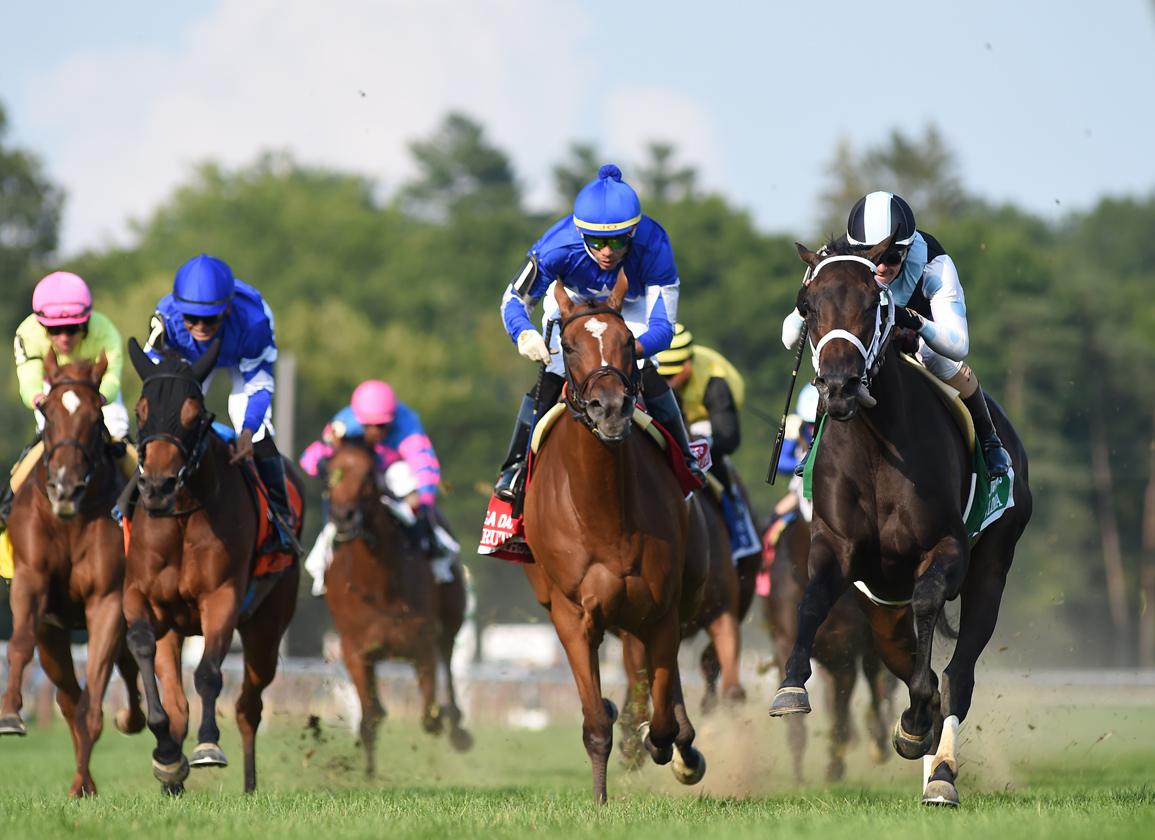 Chad Brown has two good chances to score his third straight win, and fifth overall, in Belmont's GII Sands Point S. Saturday. Higher Truth (Ire) (Galileo {Ire}) broke her maiden and won a N1X allowance going 10 furlongs over this course in the spring and was third to the ill-fated Santa Barbara (Ire) (Camelot {GB}) in this venue's July 10 GI Belmont Oaks Invitational S., which was also run at 1 1/4 miles. A close second in the GII Saratoga Oaks Invitational S. Aug. 8, the bay led throughout the early stages of the Jockey Club Oaks Invitational S. here Sept. 18, but was run down late, finishing a half-length second.

“I think she'll be able to handle the cutback. She's been training well,” Brown said to the NYRA notes team.

Higher Truth's stablemate Fluffy Socks (Slumber {GB}) returns to the east coast after a good run at Del Mar last time out. Winner of the GIII Jimmy Durante S. in SoCal last year, the bay rallied to be a close second in Aqueduct's Memories of Silver S. Apr. 18. A non-factor fifth in the GIII Wonder Again S. over course and distance June 3, she closed resolutely to be second in Saratoga's GIII Lake George S. July 23 and made another bold rally to be third in the GI Del Mar Oaks Aug. 21.

Harajuku (Ire) (Deep Impact {Jpn}) makes her first start for trainer Graham Motion here after previously being campaigned in Europe with trainer Andre Fabre. Winner of the G3 Prix Cleopatre S. May 1 at Saint-Cloud, the Flaxman homebred was off the board in her next four European starts, culminating in a fourth in the G2 Prix de la Nonette S. Aug. 21. The bay made her final start for Fabre at Belmont, a third in the Jockey Club Oaks.