Brown Runners Tune Up for Diana 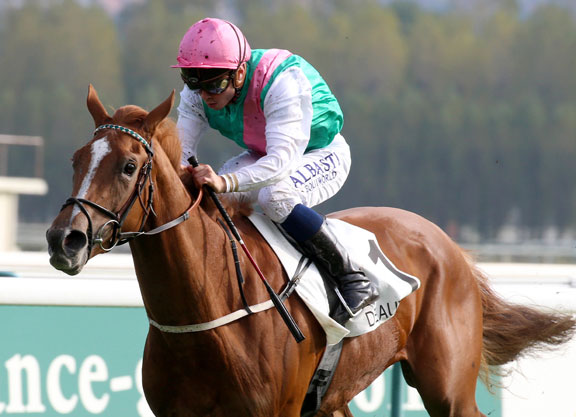 A pair of runners from the barn of trainer Chad Brown tuned up for expected starts in the July 17 GI Diana S. with works over the inner turf course at Belmont Park Sunday morning. Lemista (Ire) (Raven's Pass) went five furlongs in a bullet 1:01.80 (1/10) outside of stablemate Pocket Square (GB) (Night of Thunder {Ire}), who completed the drill in 1:01.89 (3/10).

Peter Brant's Lemista, a two-time group winner in Ireland last year, opened her stateside campaign with a late-closing runner-up effort in the GIII Beaugay S. last time out May 8.

Pocket Square, a Juddmonte homebred, was a group winner in France in 2019. After winning a Keeneland allowance in her U.S. bow in April, the 4-year-old is coming off a fifth-place effort in the June 5 GI Just a Game S.

“They both worked well with one another and are going to the Diana,” Brown said. “Lemista has relished the time in between her races. With Pocket Square, I'm drawing a line through the Just a Game. She was lined up so well going into that race and there were things I was hopeful she would be able to overcome, but it didn't quite work out.”