Brown Leaning Toward BC Turf for Bricks and Mortar 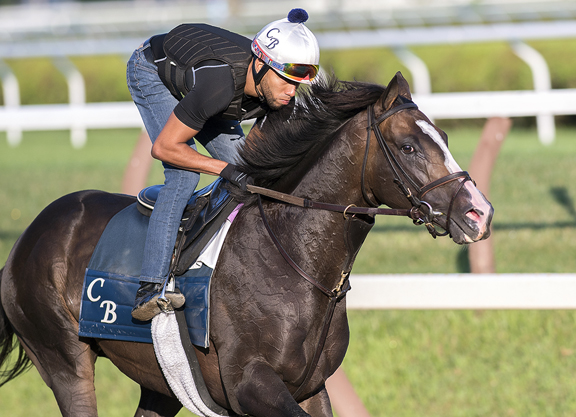 The uncertainty over his status revolves around the distance of the two Breeders' Cup races. Bricks and Mortar has excelled this year at 1 1/4 miles, winning the GI Woodford Reserve Manhattan S. and the GI Arlington Million S. at that distance in his last two starts. He has never run 1 1/2 miles, the distance of the Turf, but his running style and his pedigree suggest that the added distance may not be a problem for him. On the other hand, Bricks and Mortar is three-for-three at a mile, but he has not run at that distance since Dec. 21.

With European star Enable (Nathaniel {Ire}) no longer under consideration for the Breeders' Cup, Bricks and Mortar would be the likely favorite in either race. A win in the Turf or Mile, may be necessary in order for Bricks and Mortar to have a shot at landing the Horse of the Year title. He is among the leading candidates for the award, but could be passed by Midnight Bisou (Midnight Lute) or, perhaps, another horse should they win a Breeders' Cup race and Bricks and Mortar does not.