'Brown' Can Spoil The 'Party' at Old Hilltop 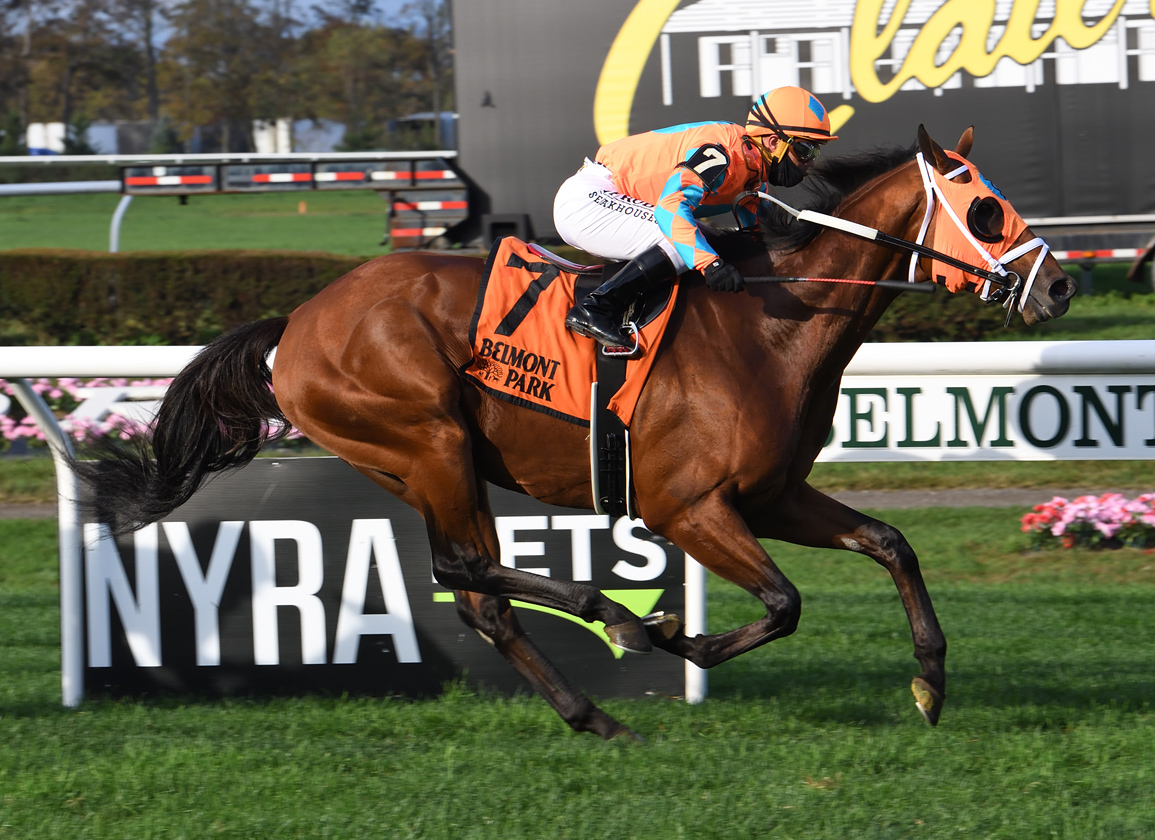 Making the second start of his current form cycle and drawn perfectly to make best use of his primary asset, Somelikeithotbrown (Big Brown)–whose sire stormed home to win the 2008 GI Preakness S. by better than five lengths–can play the role of upsetter in Saturday's GII Dinner Party S. at Pimlico.

The New York-bred toyed with his rivals from the front to upset last year's GII Bernard Baruch S. at Saratoga, but was ridden from off the pace when this event was contested last October and settled for second. The coast-to-coast winner of the state-bred restricted Mohawk S. at Belmont three weeks later, he never attempted to lead in the GII Fort Lauderdale S. at Gulfstream Dec. 12 en route to beating just one rival home. In his lone start this term, he was narrowly in front in the GI Maker's Mark Mile after attending a sharp early tempo and weakened to finish seventh. Jose Ortiz should hit the gas early from gate one Saturday.

Chad Brown won his only Dinner Party in 2016 with Takeover Target (Harlan's Holiday), and will send out 7-5 morning-line choice Sacred Life (Fr) (Siyouni {Fr}) as well as the progressive Kuramata (Ire) (Australia {GB}). A Group 3 winner in France at two and runner-up to the mighty Ghaiyyath (Ire) (Dubawi {Ire}) at that level the following season, Sacred Life has two wins from eight starts in the U.S., his biggest success coming when overwhelming his rivals in last year's Oceanport S. at Monnmouth Aug. 9. A well-beaten fourth as the favorite in the GI Turf Classic at Churchill Sept. 5, he was suited by the strong pace of the Maker's Mark and ran on mildly from the back for third.

Kuramata, a homebred for Peter Brant, was third over the Kempton all-weather in a single European appearance in 2019, but broke his maiden by 3/4 of a length when making his stateside debut at Tampa Feb. 21 and was the smooth 2 1/2-length winner of an Apr. 2 first-level allowance over the Aqueduct turf to earn himself a crack at graded company.