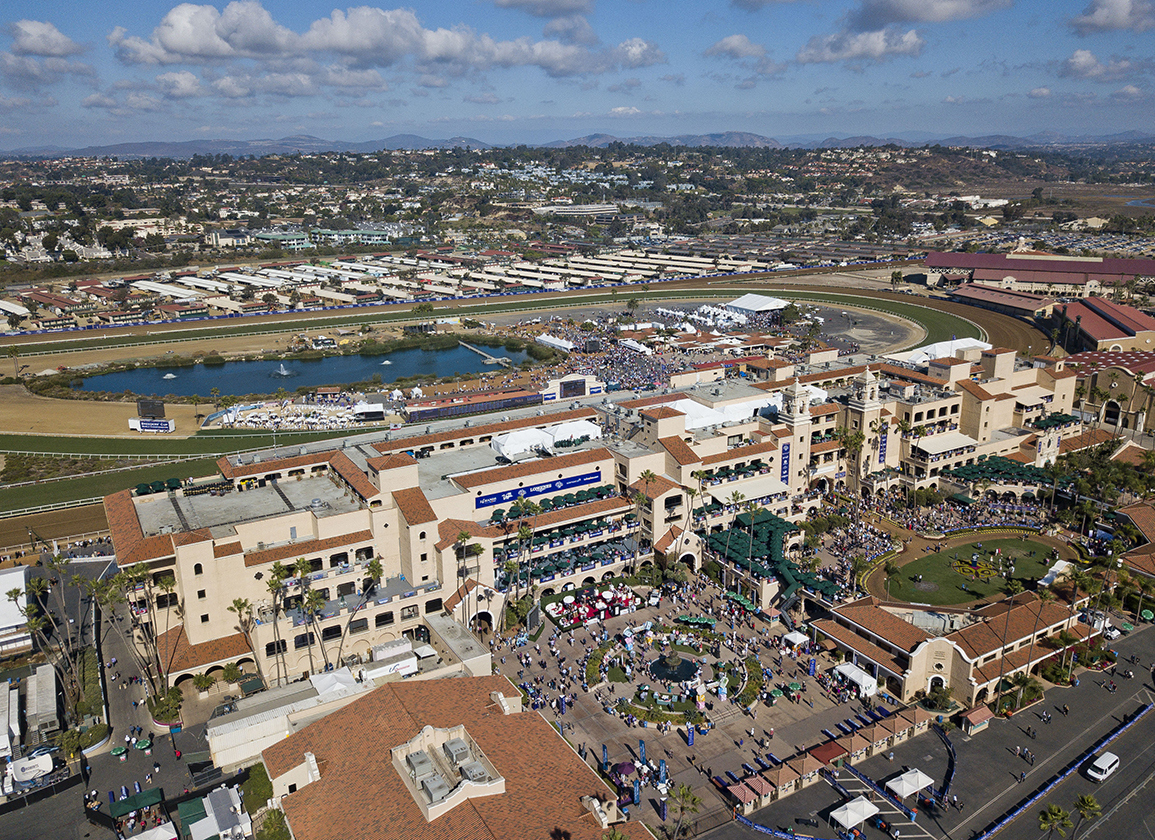 Welcome to the 38th Breeders' Cup World Championships at Del Mar! The stunning seaside track plays Breeders' Cup host for the second time and first since 2017.

The Friday program also features a trio of Breeders' Cup races on the lawn.

As Medina Spirit's GI Kentucky Derby win remains in the balance due to a well-documented betamethasone positive, horses trained by Hall of Famer Bob Baffert, including the aforementioned Corniche, will undergo enhanced scrutiny for this weekend's Championships.

Baffert has saddled the winners of 17 Breeders' Cup races, including champion and 'Rising Star' Gamine (Into Mischief), who is the 3-5 morning-line favorite to repeat against just four rivals in the GI Breeders' Cup Filly & Mare Sprint.

The streaking Letruska (Super Saver) will have a pair of talented GI Kentucky Oaks winners in 'Rising Star' Malathaat (Curlin) and Shedaresthedevil (Daredevil) standing in her way for a fifth top-level win on the season in the GI Breeders' Cup Distaff.

Glass Slippers (GB) (Dream Ahead) is back to defend her title in the GI Breeders' Cup Turf Sprint. She will take on last year's Juvenile Turf Sprint winner Golden Pal (Uncle Mo), the 7-2 morning-line favorite.

Jackie's Warrior (Maclean's Music) will be heavily favored while facing his elders for the first time in the GI Breeders' Cup Sprint. Fellow sophomore Dr. Schivel (Violence), a two-time winner at Del Mar, is three-for-three over this course.

'Rising Star' Life Is Good (Into Mischief) is the clear-cut one to beat in his return to the Golden State in the GI Breeders' Cup Dirt Mile. The field of eight also features GI Hill 'n' Dale Metropolitan H. winner Silver State (Hard Spun).