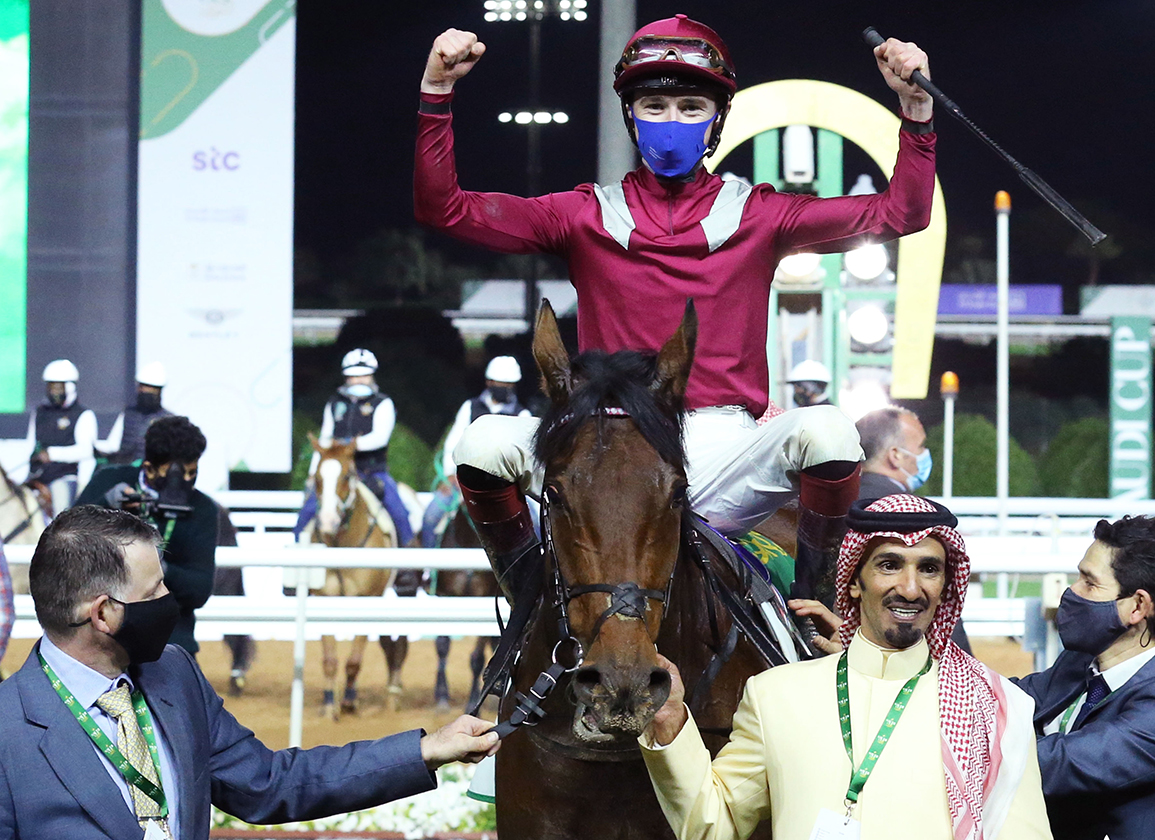 He kicked off his season with a victory in the $20-million Saudi Cup on dirt in February and added Meydan's G1 Dubai Sheema Classic back on turf at the end of March. Third in the G1 Coral-Eclipse at Sandown in July, the Prince A A Faisal colourbearer went one better in the G1 King George VI and Queen Elizabeth S. at Ascot later that month and won the G1 Juddmonte International S. by six lengths at York on Aug. 18.

“John [Gosden] wants everything to be right for us to go, but that [Breeders' Cup] is his next target,” said Prince Faisal's racing manager Ted Voute. “It was spoken about on Sunday, and the early indications were that he came out of the race okay. At the moment we've all been told to act as if we're going, and the horse will let us know whether he's ready.

“It's up the Prince and John really–and it's down to Mishriff and his wellbeing. All the boxes have got to be ticked, and I'm sure John and the Prince will make the right decision.”