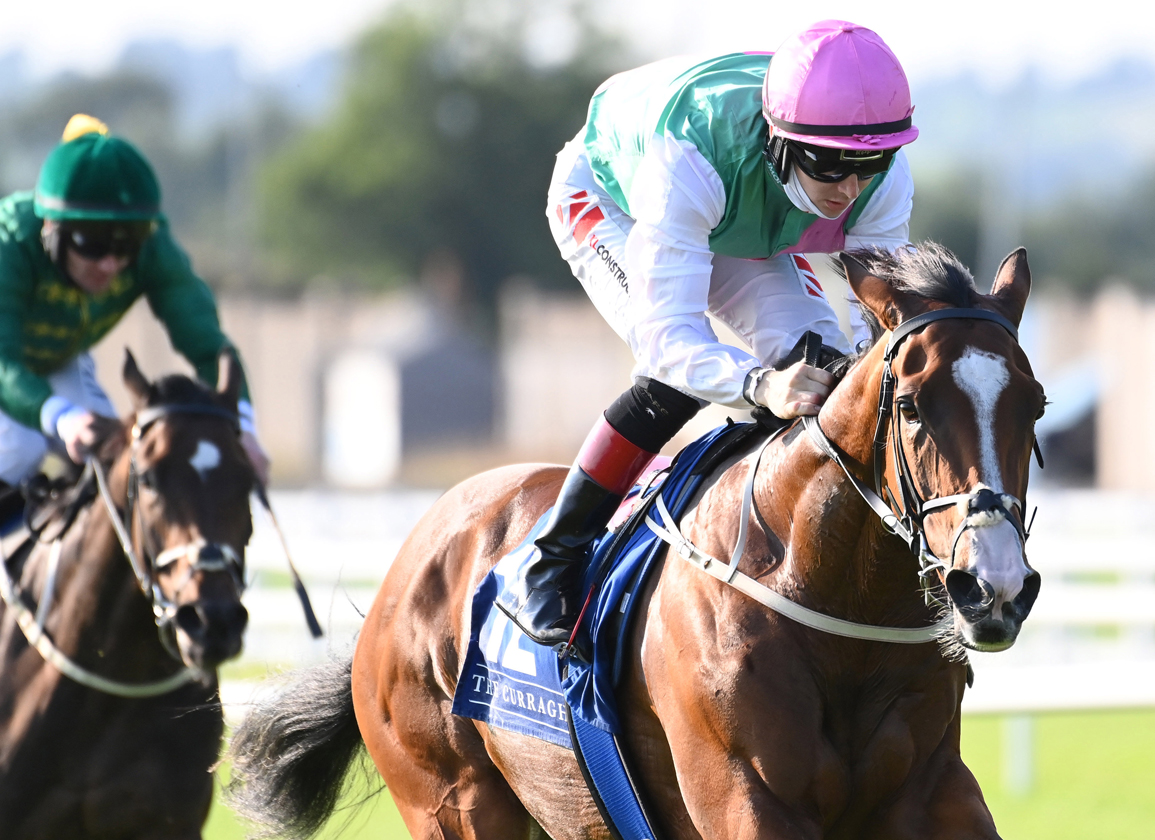 Friday's G3 Round Tower S. heroine Sacred Bridge (GB) (Bated Breath {GB}), who races in the colours of breeder Juddmonte, is a possible starter in the GI Breeders' Cup Juvenile Fillies Turf, as long as her European campaign concludes in satisfactory fashion, trainer Ger Lyons revealed to the Nick Luck Daily Podcast. The four-for-four bay's next target is the G1 Cheveley Park S. on Sept. 25.

Lyons, who saddled his 1,000th winner on Monday, told the Nick Luck Daily Podcast, “The little filly gave me a 'wow' feeling on Friday–it was her fourth win, but I didn't get a 'wow' off her until Friday. That was a 'wow' performance.

“She literally goes through the motions at home and does what she's done. Every time I've gone to the races I've kept thinking 'is she up to this?', and every time she's produced.

“I love training 2-year-olds, and it's for that reason–you don't know what you're uncovering. It's when they hit the ceiling you go on to the next one, but she's still on the rise.

“Subject to us talking to the [Abdullah] family and everybody being on the same page, that's [Cheveley Park] where you would go with her.”

Sacred Bridge saluted at Naas when unveiled on June 23 and captured Tipperary's Listed Coolmore Ten Sovereigns Tipperary S. just seven days later. A winner of the €300,000 Irish EBF Ballyhane S. on Aug. 2, she was 3 3/4 lengths ahead of her rivals in the Round Tower.

Lyons added, “There's a lot of options open with her, including a trip to the States at the end of the year. If she stays in this form why not, that would have to come into the conversation that we'll be having close to the time.”