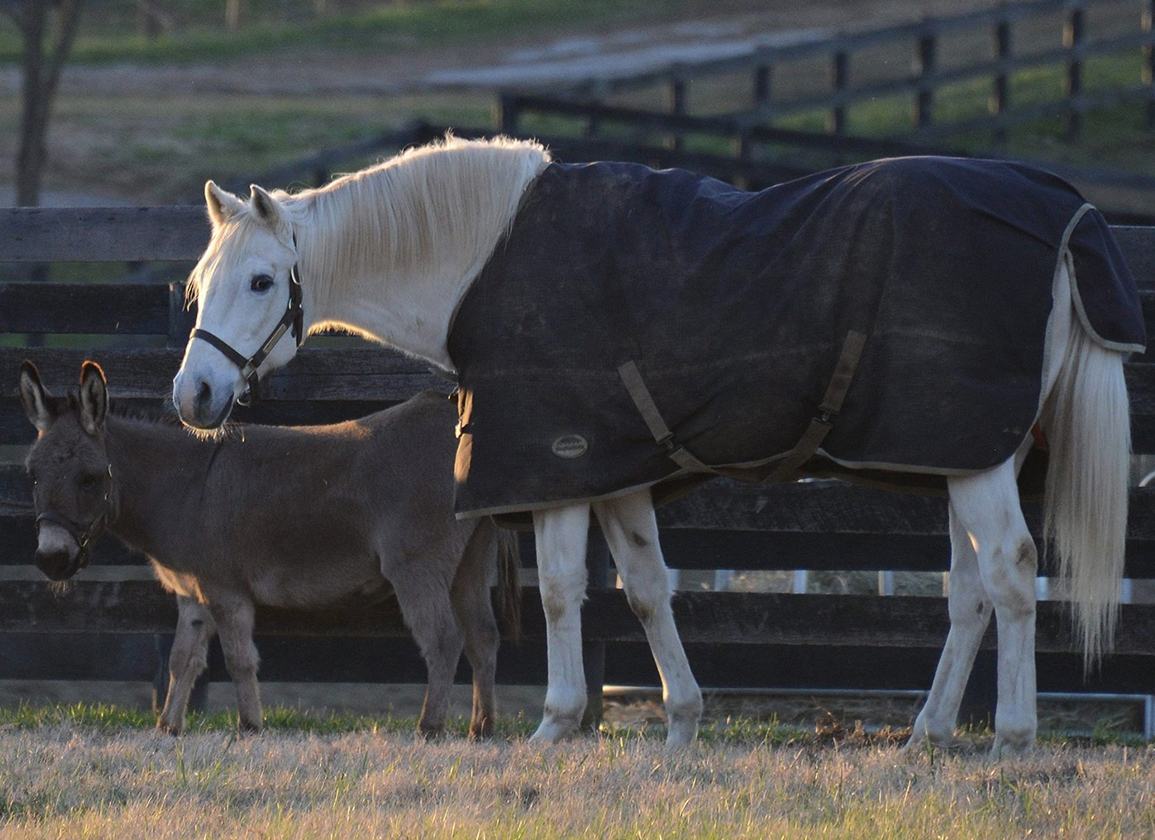 Alphabet Soup (Cozzene–Illiterate, by Arts and Letters), who won a memorable renewal of the GI Breeders' Cup Classic at Woodbine in 1996, died Jan. 28 at Old Friends Thoroughbred Retirement Farm in Georgetown, Kentucky, due to chronic kidney disease. The oldest living Classic winner, the gray was 31 years old and had been pensioned at the farm since 2015.

Bred in Pennsylvania by Southeast Associates, Alphabet Soup was trained by David Hofmans for Georgia B. Ridder and came to hand at four in 1995, winning the GII Del Mar Budweiser Breeders' Cup S. at a flat mile and the GIII Native Diver H.

Proving an even better 5-year-old, Alphabet Soup won the GII San Pasqual H. and GII San Antonio H. early in the season before showing his versatility with a 3 1/2-length victory in the seven-furlong GIII Pat O'Brien H. over field that included future GI Breeders' Cup Sprint hero Lit De Justice (El Gran Senor). Disqualified to third from an apparent victory in the GII Goodwood Breeders' Cup H., Alphabet Soup was a 19-1 shot in that year's Classic, the first held north of the border, and managed to nose out that year's GI Preakness S. hero Louis Quatorze (Sovereign Dancer) and defending champion Cigar (Palace Music). He retired with 10 wins from 24 starts and earnings just shy of $3 million.

Alphabet Soup entered stud at Adena Springs and sired 39 stakes winners, 14 at the graded level, including Grade I winners Egg Drop, Alphabet Kisses and G1 Dubai Golden Shaheen hero Our New Recruit. He sired over 700 winners in his career.

“I'm saddened by the news today of Alphabet Soup's passing,” said Hall of Fame jockey Chris McCarron, who piloted Alphabet Soup to his Breeders' Cup win. “I truly enjoyed my relationship with 'Soupy,' and he will always have special place in my heart. He represented the U.S. well when he bested the Cigar and Louis Quatorze in the Breeders' Cup Classic. Rest in peace old friend.”

“It won't be the same around here without Soup,” said Old Friends President and founder Michael Blowen. “Over these seven years he was a delight to be around with his sweet nature and enormous popularity. He brought joy to everyone.

“His best friend, the donkey Gorgeous George, will miss him terribly,” added Blowen, “and so will everyone on the farm. We are so grateful to Frank Stronach and everyone at Adena Springs for giving us the privilege of retiring this fabulous champion.”